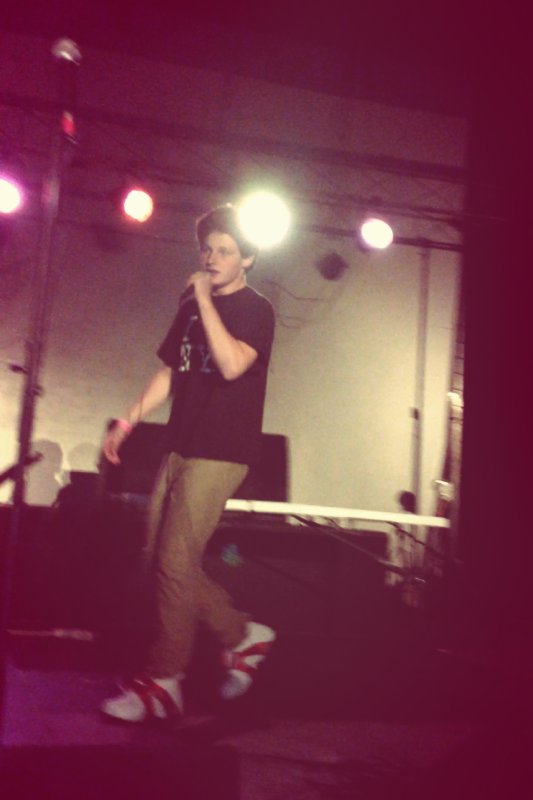 Blake Arthur Whitehead is a freshman at Zionsville Community High School and is an aspiring rapper. (Submitted photo)

Blake Arthur Whitehead has been rapping from places on the East Coast to Zionsville since he was 10 years-old, and has just now landed a gig as the opening act for New Orleans-based rapper Curren$y.

Whitehead, who is known as King Arthur in the rapping world, and Curren$y will perform at The Emerson in Indianapolis, at 8 p.m., Dec. 6.

Not bad for the 14-year-old rapper, who is a freshman at Zionsville Community High School.

Originally from Connecticut, Whitehead and his family moved to Zionsville a few years ago. His parents are Marsha and Bob Whitehead and he has four brothers, Rob, Andrew, Palmer and Sam.

“I started rapping… because my brother Palmer was doing it,” Whitehead said. “And it just started working out for me.”

He is also an accomplished trumpet player, having played for five years, but quit once he started high school to concentrate on his rapping career.

He chose his rap name bases on other rappers’ names not having a lot of meaning.

“Arthur is my middle name and musically I see myself to be pretty good so I put the King in the front of Arthur,” Whitehead said.

Whitehead has performed at The Emerson before, but said that this next show could be his “big break.”

“[Curren$y] has his own record label named Jet Life Recordings and he has released four studio albums,” Whitehead said. “Once I develop a fan base I plan on going on tour, and I hope Curren$y likes my music enough that he would want me on tour with him.”

But if that doesn’t happen he has a back up plan.

“After high school, if I don’t make it into the music industry, I plan on going to Ball State, IUPUI, or IU, to get a major in music engineering and a minor in business,” he said.