You are at:Home»Current in Fishers»Protect landscape from winter weather

The bad news for this coming winter is that the extremely frigid temperatures, dangerous ice and heavy snowfall that caused damage to property owners’ landscape last year is expected once again. 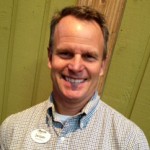 The good news is that area residents can protect their trees, plants and shrubs from unnecessary destruction by effective planning and some extra TLC, according to Jacques Schindler, store manager of Allisonville Nursery in Fishers.

“We found that most of the damage (to the landscape last year) was due to excessive and constant winds, which (at times) drove the windshield to 35 degrees below zero,” he said. Plants too tender for Indiana’s zone and trees, such as broadleaf evergreens, “do not like that constant wind; it tends to dry out its leaves.”

The remedy to the problem? Mulch—and constant moisture.

“Evergreen trees do need moisture in winter months, when the ground freezes, to keep the foliage nice and green,” Schindler said. “Always mulch your plants heavily for winter, and make sure to moisture within the winter months – just don’t overwater.”

Schindler recommends using an anti-desiccant spray, such as Wilt-Pruf, to coat the foliage, especially if plants are in windy, exposed locations, so that the moisture in the leaves is trapped instead of being pulled out by drying winds. In addition, expensive, tender or sentimental plants may be covered with a burlap cage.

Salt spray that drifts from streets and sidewalks may also be a hazard to certain types of plants placed too close to areas where salty runoff collects—affecting the roots, stems and foliage.

“Generally the broad-leaf evergreens, holly and boxwood, if exposed, took a pretty bad hit (last year),” Schindler said. “Dependent on the homeowner, they had to replace the entire shrub or they tried to nurse it back to health by trimming and fertilizing.”

Plants are helpless in winter to those cute vegetarian rabbits or Bambis looking to fill their tummies. Either stock up on repellent spray or make wiser choices when purchasing future plants. Pick those that animals are likely to snub.

Avoid temptation to run after any rodents scurrying across the lawn, however. “It’s a good idea to avoid walking on lawns (in winter),” Schindler said, which condenses the soil. “You want to allow for us much aeration as possible.” As well, resist the urge to wipe off the excess snow from tree branches.

“The limbs are so brittle and frozen and branches will be snapped,” he said. “It’s best to let nature take its course and let the snow melt with warmer temperatures.”

As with anything else, the best preparation, according to Schindler, is “doing your homework.”