You are at:Home»Current in Carmel»Obituary: Zeff Alan Weiss 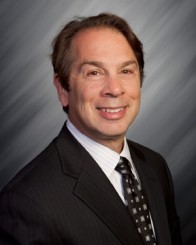 Zeff Alan Weiss, beloved and dedicated family man, accomplished attorney, an active community leader, and friend to many, died peacefully with his family at his side on Nov. 17 at the age of 57 after a heroic battle with brain cancer. He was born in South Bend, Ind. on Feb. 13, 1957 to Martin Weiss and Anne (Steinberg) Weiss. Zeff is survived by his wife, Zoe Urena Weiss; children Miranda (Olivier) Bernadac, Reva, Alexandra and Martin Weiss; brother, Dr. Sheldon (Debra) Weiss and sister, Lynn (Danny) Castor; and father-in-law, Alphonse Urena.  He is preceded in death by his parents and by his brother, Robert Weiss. A Memorial Service was held last week and was followed at at Beth-El Zedeck Cemetery. In lieu of flowers, the family requests that donations be made to The Jewish Federation of Greater Indianapolis, Inc. or The Indianapolis Public Library Foundation.