You are at:Home»Current in Carmel»Carmel Community»Carmel mayor responds to Special Benefits Tax talk

The following was sent by Carmel Mayor Jim Brainard as a response to the accusations made by critics — such as Clerk-Treasurer Diana Cordray — in today’s Current in Carmel article.

I would like to start by pointing out that the Clerk Treasurer has yet to ask these questions of me or the CRC. Instead, she went directly to the press. When someone does that, it is clear that this conversation is focused more on embarrassing this administration and casting doubt on our redevelopment projects rather than what we should be focusing on, which is working together to ensure successful projects for Carmel so that we can continue our positive growth and attracting economic development. I am disappointed in this action because it suggests her motives are not to find answers, but stir up controversy. 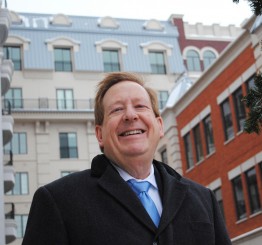 Our redevelopment projects and our diverse corporate base are what allowed Carmel to weather the recession that took many cities into a tailspin, some filing for bankruptcies. Carmel, to the contrary, continues to have a AA+ rating, the 9th lowest tax rate in the state, a debt balance that is only 15 percent of revenues and the largest Rainy Day fund in the state of Indiana.
Carmel has seen unprecedented successes, recognized by Money magazine as one of the best places to live in America for both of the most recent evaluations. We consistently rank in the top 20 on other national assessments done for best places to raise a family, safest cities and other similar rankings. It is safe to say that our redevelopment projects have brought us to this point. What sets Carmel apart from other communities of our size is our focus on the arts as an economic development driver. Add in the other amenities such as our Gold Medal Parks Department, roundabouts and overall high quality of life and we have much to be proud of.

In reviewing the questions posed by the Current and the number of years in the past that they included, I think it is important at this point to remind some who are new to Carmel or who were not aware of what was included in the initial plan for City Center. It makes it easier to see how we have evolved to this point because much has changed. However, what hasn’t changed was the fact that we knew we needed an entertainment or cultural component to the mix of uses for this area. As it is in any rapidly growing community, details of projects change over time. It is the nature of development. Some people might be surprised to learn, in fact, that the original Carmel City Center project plans in 1997 called for a movie theater as the entertainment component.

When we plan for the future, there is always an element of estimation that is impossible to avoid. I understand that some may question the rational or methods behind the estimated financial projections. That is why we hire the best professional in that field. Umbaugh & Associates have done work for the city for 30 years. They worked for Carmel more than a decade before I was elected into office. The City trusted them for years before I arrived on the scene and I continue to trust their expertise. Many of us, including the partners and employees of Umbaugh & Associates were offended by the statements made by the Clerk Treasurer that the firm might have massaged the numbers in their report. Nothing could be further from the truth.

During the last 18 years that I have been working with Umbaugh, only twice have the projections not matched results. One of those times was the direct result of the recession that we went through when the tax assessment appeals process caused a reduction in projected assessed value of certain properties. The other was due to appeals on assessments. When that happens, we adjust. This is also the reason we ask Umbaugh for annual reviews of our plan to update projections based on current reality.

Mayor Jim Brainard said he stands behind the work of Umbaugh & Associates, which has worked with Carmel for around 30 years — even before Brainard took office.

At this time, I would also like to point out that a CPA firm such as Umbaugh & Associates is the only type of entity that is allowed by law to conduct an official audit. I would also like to point out that an audit, by nature, is an analysis of events that have already occurred. One cannot conduct an audit of future events, only past events. For the Clerk Treasurer and her consultant to request an audit of our projections indicates a tremendous lack of understanding of the world of financial analysis.

Having said that, let’s look at Umbaugh’s track record for projections of future growth.

Except for one year (2011) when one of the worst recessions in America’s history took its toll, the projections made for Carmel every year since 1998 have never fallen short. In fact, if you look at the 2005 TIF projection report, Umbaugh conservatively projected TIF to be at $8 million by now … instead, it is at $16 million – twice what was projected because the pace of growth was incredibly positive for Carmel.

Based on that – and the high interest shown by developers who want to invest in Carmel – it would be ridiculous to ignore the potential for growth going forward. This is why we feel it is very reasonable to project at least 2 percent growth annually, particularly when there was 35 percent annual growth before. Why would anyone assume there will be no growth in Carmel during the next 20 years? There are some who have criticized our forecasting out 20 years, but if we only projected out one or two years, we wouldn’t get a clear picture of where the city should be headed long term. We prefer to view Carmel broadly and not so narrowly.
Conclusion:

Let’s remember the purpose of the redevelopment projects in Carmel, to create developments to attract economic development. We have and will continue to succeed at this goal.