I hate all of this superstition around Halloween. That weird stuff like, if you see a black cat, you’re going to die. But that’s just crazy. Well, at least I used to think that.

Everything went insane on Halloween, as I was waiting for my bus. My friend, Jeffrey, came running to me, his hair bouncing as he ran. I looked at him, and rolled my eyes. I was tired of Jeffrey, because the only thing that he didn’t believe in, was ghosts.

Jeffrey kept sprinting towards me, tripping over his own feet. He finally reached me, looking like he was about to puke up a lung. “I saw a ghost.” he gasped.

This really surprised me, because Jeffrey doesn’t believe in ghosts. “What do you mean you saw a ghost? Who was it? I asked. I wanted to know exactly what happened.

“Well,” Jeffrey mumbled, “I think it was the man, from my house. He looked right at me. I swear, I wasn’t just seeing things.”

In Jeffrey’s house, apparently, a murderer once lived in his house but he died a long time ago.

I looked Jeffrey in the eye, and saw that the whites of his eyes had turned blood red. I backed away, barely breathing. His face was completely expressionless. His pupils and iris disappeared, leaving only crimson.

“Are you scared?” he asked in a deep, rough voice, that wasn’t even his.

I gagged, backing even farther away from him.

Suddenly, he shot out his right arm and squeezed my neck. With incredible strength, he lifted me off the ground. I gripped his hand, trying to pry it off. He thrust me on the ground, and stood over me. I closed my eyes, waiting for Jeffrey to kill me.

I slowly opened my eyes, and his eyes weren’t red anymore. He was normal again. I pulled myself up, and looked closely at Jeffrey. His eyes didn’t show any unusual red, and his pupils were back. I spun around on my heel, as the bus turned the corner, and was almost to us. I felt a hand on my back, and I plunged towards the bus. I looked around, for a second, and saw Jeffrey, and his red eyes standing over me, laughing. Then my head smashed against the pavement. 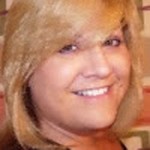 “Yeah, Step-Hen. What are you, chicken?” sneered Robert as he shoved Stephen towards the Murdocks’ mansion and then high-fived Tommy on his right, Billy on his left. Old widow Murdock lived alone in the dreary house, and rumor had it that she ate little children every Halloween.

A wicked October wind whipped up from the west, slicing through Stephen’s homemade costume. He wished his mother had let him buy the Drax the Destroyer costume or even Captain America. But, no. She had forced him to wear Olaf the snowman. From Frozen! His blood boiled.

He took a deep breath. “Look. What do I get if I ring the doorbell?”

“You don’t get my fist in your face,” said Tommy, “but you hafta go in Murdocks’ Mansion.”

“If I go in,” Stephen said, “I get your golden cat’s eye.” Everyone in town knew Tommy’s cat’s eye. It was always in his pocket, and he’d won countless marble matches with that secret weapon. Tommy held the cat’s eye up to the full moon, which shone through the glass, sending off gold and green and amber glints.

“Whatever. You ain’t got the guts,” Tommy replied. “And if you go in, you ain’t never coming out!”

A looming, black shape zipped behind the three tormentors, sending them scrambling into Stephen, their faces instantly bloodless. Stephen, anxious to flee the shadowy yard, willed his feet to walk up the path and onto the porch. He reached to press the bell, but the door creaked open. Stephen saw a fire glowing, so he stepped in towards the warmth. The door slammed behind him, and he heard shrieks and screams from the yard and terrible sounds of tearing and gnashing.

He wanted to run, but a soft voice said, “Do come in. We’ve been expecting you.” Stephen was drawn forward into a dimly lit dining room. The table was set for three, and the fire crackled and snapped.

“Dead?” she offered. “Why, of course, he is, Dear. For these twenty years. But he still takes good care of me.” Stephen crumpled into a chair. Time slowed, and the wind moaned. The clock struck midnight just as a tall, decaying form holding a tarnished tureen glided into the room. “Soup, Dear?” Mrs. Murdock asked.

Mr. Murdock, his moldy hands shaking, ladled a steaming serving of soup into Stephen’s bowl. Stephen stared at the bubbling liquid, mesmerized as a tiny ball of glass, now green, now amber, now golden, bobbled up and down.