You are at:Home»Current in Zionsville»Opinion: Who Protects the Taxpayers? 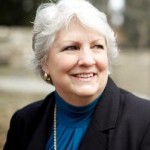 In 2008 the residents of Eagle Township, Union Township and the Town of Zionsville voted to reorganize. One of the main thrusts of reorganization was the ability to have a two-tiered taxing district structure where residents only paid for and receive the services they want. Residents were not responsible for debt incurred by either of the other municipalities prior to reorganization.

While this sounds simple enough, the lack of revenue to fully fund some departmental budget needs, makes it necessary to “borrow” from other funds to achieve a “balanced budget.”  However, what is really happening is basically robbing from “Peter to pay Paul.”  The DLGF allows such usage of one fund to “shore up” another. This is in my opinion a misuse of the budget process and eventually other funds have become so dependent on robbing from Peter, that when Paul actually needs to use the fund revenue properly, there is little to nothing left.

The fund most ravaged in this manner is the Cumulative Capital Development Fund, commonly known as CCD.  The CCD Fund is money from urban and rural property taxes. The CCD Fund is intended for CAPITAL expenses for Zionsville as a whole, both rural and urban residents.  Should it be used at all to “shore up” another departmental fund, it should be for a service we all share in.  Those funds are: General, Fire, Fire Equipment Replacement, and Parks & Recreation.

In the 2015 Budget the following is being paid for out of the CCD Fund: 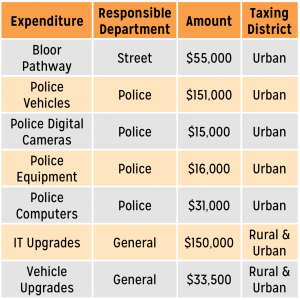 What does this mean?  Basically there are $268,000 expenditures that are urban expenses that the rural residents of Eagle, Union, Worth and possibly Perry Township are being taxed for services not received.

The solution – budgeting to live within departmental revenues.

That is what the rural district taxpayers/voters voted for when passing Reorganization.