You are at:Home»Current in Fishers»Fishers Rotary raises funds for Sierra Leone 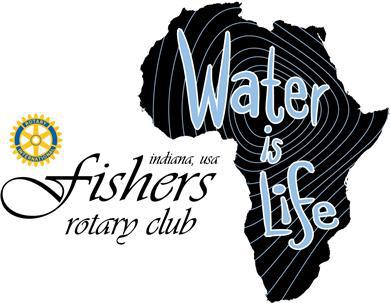 One of the Fishers Rotary’s annual projects is to raise money to build wells in the West Africa nation of Sierra Leone. (submitted photo)

The devastating West African Ebola outbreak has been dominating news headlines lately and the Fishers Rotary Club, a very active local service organization, is raising much-needed funds to help African nation Sierra Leone in its struggle against the disease.

“As a Rotary Club, we have a partnership with Rotary in Freetown, Sierra Leone,” explained Michele Whelchel, Fishers Rotary Club president. “Their Rotary president reached out to us for help and their greatest need is protective gear.”

Whelchel said it’s common for Rotary Clubs in one district to partner and there are 45 clubs in the same district as Fishers Rotary. “As a challenge, we put out to local Rotary Clubs that if they donate $10,000, our Fishers Rotary Club will match that amount. We’re hoping to get the $10,000 collected in the next couple of weeks.”

Fishers Rotary Club works with international organization Project HOPE to secure the protective equipment needed by health workers to send to Sierra Leone. “Project HOPE can get the best price on all of the necessary gear, so we partner with them to get the suits, gloves, etc., sent to our colleagues in Freetown, Sierra Leone,” Whelchel explained.

Fishers Rotary Club has been helping fund the drilling of water wells in Sierra Leone and the Ebola outbreak has prompted a request to place wells closer to hospitals, according to Whelchel. “Right now we’re also working toward getting 10 to 15 wells drilled and they will go near Ebola treatment centers.”

The public can help with the effort to provide clean water to hospitals by attending the third annual Water is Life Charity Ball on Dec. 6 at Forum Credit Union in Fishers. Tickets can be purchased at fishersrotarywaterislife.org.

“The Ebola work is an outcropping of the well work that we do for Sierra Leone,” said Tom Branum Jr., Fishers Rotary Club member and chairman of the Water is Life project. “Our long-range plan is to continue helping with Ebola and also with the wells that will go near hospitals and medical facilities.”

Added Whelchel, “We’re deeply concerned for our friends in Sierra Leone and want to help them in any way we can.”