You are at:Home»Current in Carmel»Carmel Community»Carmel dancers performed at Disney 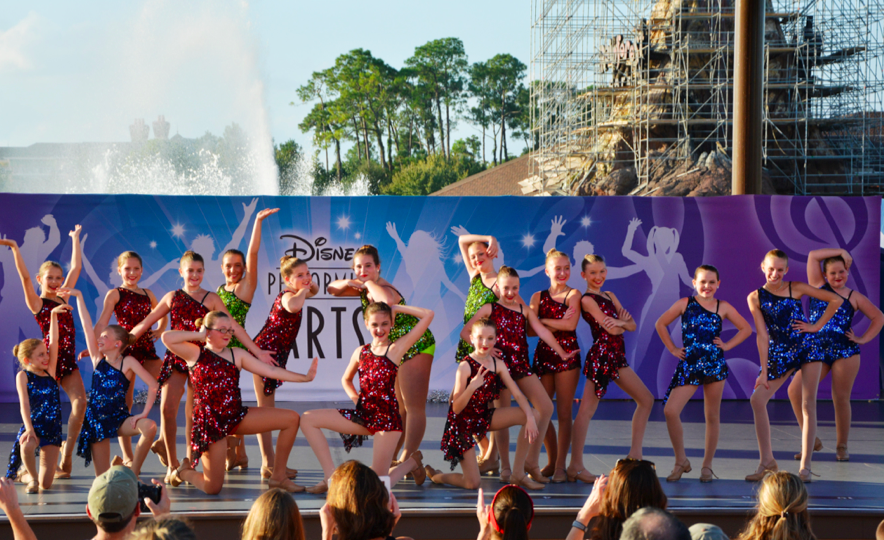 Performer’s Edge School for the Performing Arts “Performer’s Edge Dance Theatre” members became stars of their own Disney show on Oct.19, 2014 when they entertained resort guests at the Waterside Stage in Downtown Disney. The group traveled over 900 miles from Carmel, Ind. to the Walt Disney World Resort in Florida to take part in the Disney Performing Arts program.

The dance ensemble, under the direction of Jen Stephanidis and Trish Roberds, entertained a large crowd of Downtown Disney guests with several show-stopping numbers including, “Pinball Wizard” recorded by Elton John and “Happy” by Pharrell Williams.

This was the group’s sixth visit to the resort with the Disney Performing Arts program.

In addition to their performance, the group participated in the Disney Performing Arts “Disney Dancin’ Young Performers Workshop,” where they learned techniques to help maximize their rehearsal time and deliver a focused performance from a professional Disney dancer.

Dance, vocal and instrumental ensembles from all around the world apply to perform each year as a part of Disney Performing Arts at both the Disneyland Resort in California and the Walt Disney World Resort in Florida. Once selected, they are given the opportunity to perform at the resort for an international audience of theme park guests. Millions of performers have graced the stages of the Disney Parks in the more than 25-year history of the program.