You are at:Home»Current in Fishers»Upgraded Holland Park opens 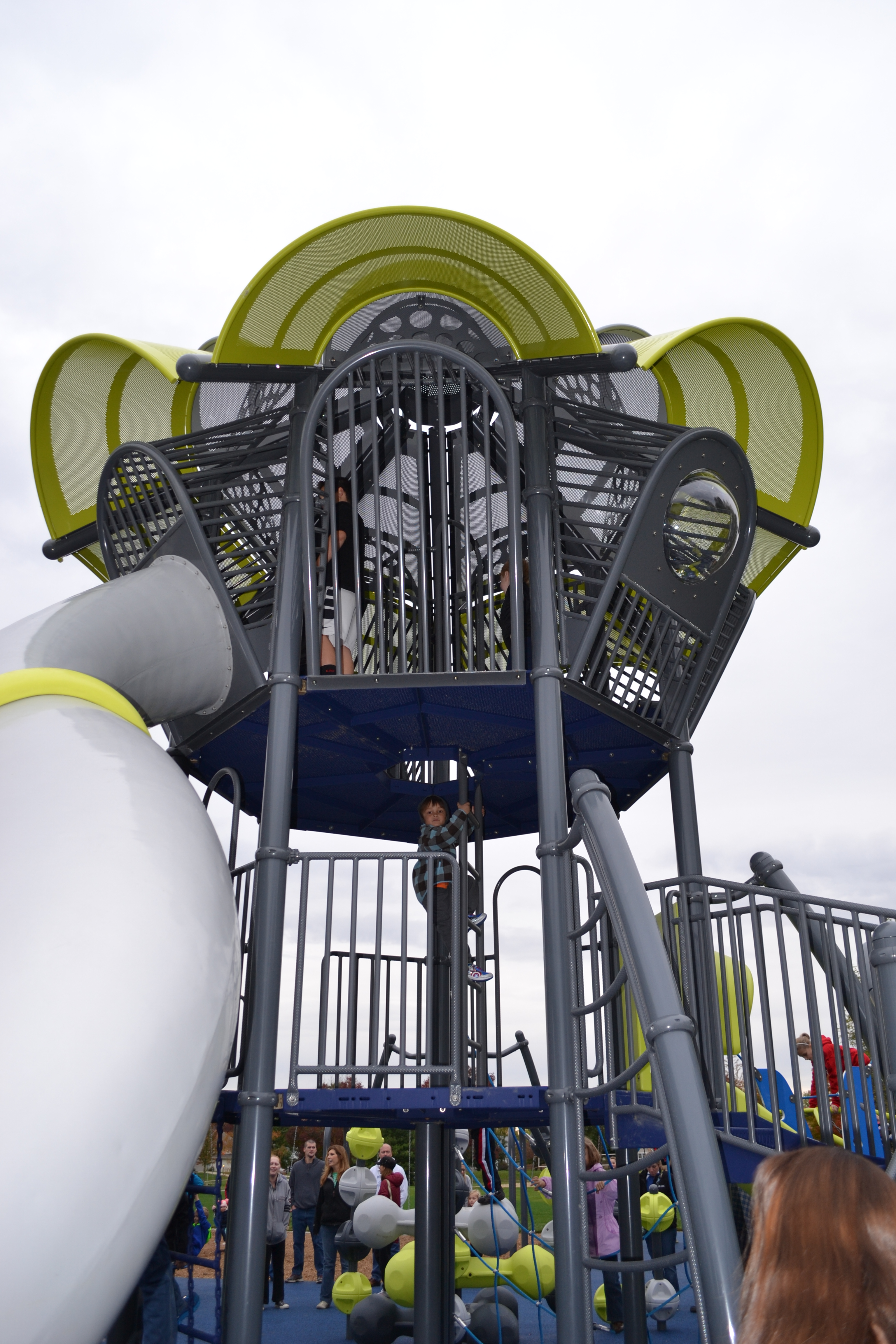 Children play on new playground equipment during the grand re-opening of Holland Park at One Park Dr. in Fishers. (Photo by Ann Craig-Cinnamon)

One of Fishers’ oldest parks is new again. Holland Park, the town’s most popular park according to Tony Elliot, the parks and recreation director, just completed a half-million-dollar renovation.

“The old playground was installed in about 1997, so it was due for upgrades,” Elliot said. “We weren’t able to get parts for it anymore so it was definitely time for an upgrade.

“But we didn’t just want shiny new equipment, we really wanted to increase all the functionality,” Elliot added. “So the play experiences with this playground are really diverse, really unique. You’ve got everything from a gravity cube to these tall three-story slides and everything in between.”

Elliot said Americans with Disabilities Act accessibility was also important for the park, which is why lots of rubber is included in the upgrade. In addition to the new playground equipment, there is also a shelter and a splash pad that will open for use in the spring. To say the equipment is state of the art is an understatement.

“It’s different than your post-and-pedestal type of playgrounds,” Elliot said. “This has a lot of ropes elements and a lot of ramping in it that makes it accessible for a lot of different people. But, again, those play experiences are just really diverse. So (there are) all kinds of different things to use your imagination with exercise, you get the physical fitness as well, all wrapped up into one big structure.”

Mayor-elect Scott Fadness said the reinvestment in Holland Park shows that Fishers maintains older parts of town as well as the newer.

“Not only is Fishers Parks and Recreation growing to meet the needs of our community, but we are working to ensure that older parks throughout town remain safe and enjoyable locations for recreation,” said Fadness. “Our park system demonstrates a dedication to the environment and to a healthy quality of life for residents of all ages.”

Elliot said the total cost of the project, including, playground, shelter, splash pad and landscaping, was approximately $490,000. The grand reopening was held Oct. 10 and the playground is open for use.