You are at:Home»Current in Carmel»Carmel Community»Some Midtown businesses relocating, but some are staying put 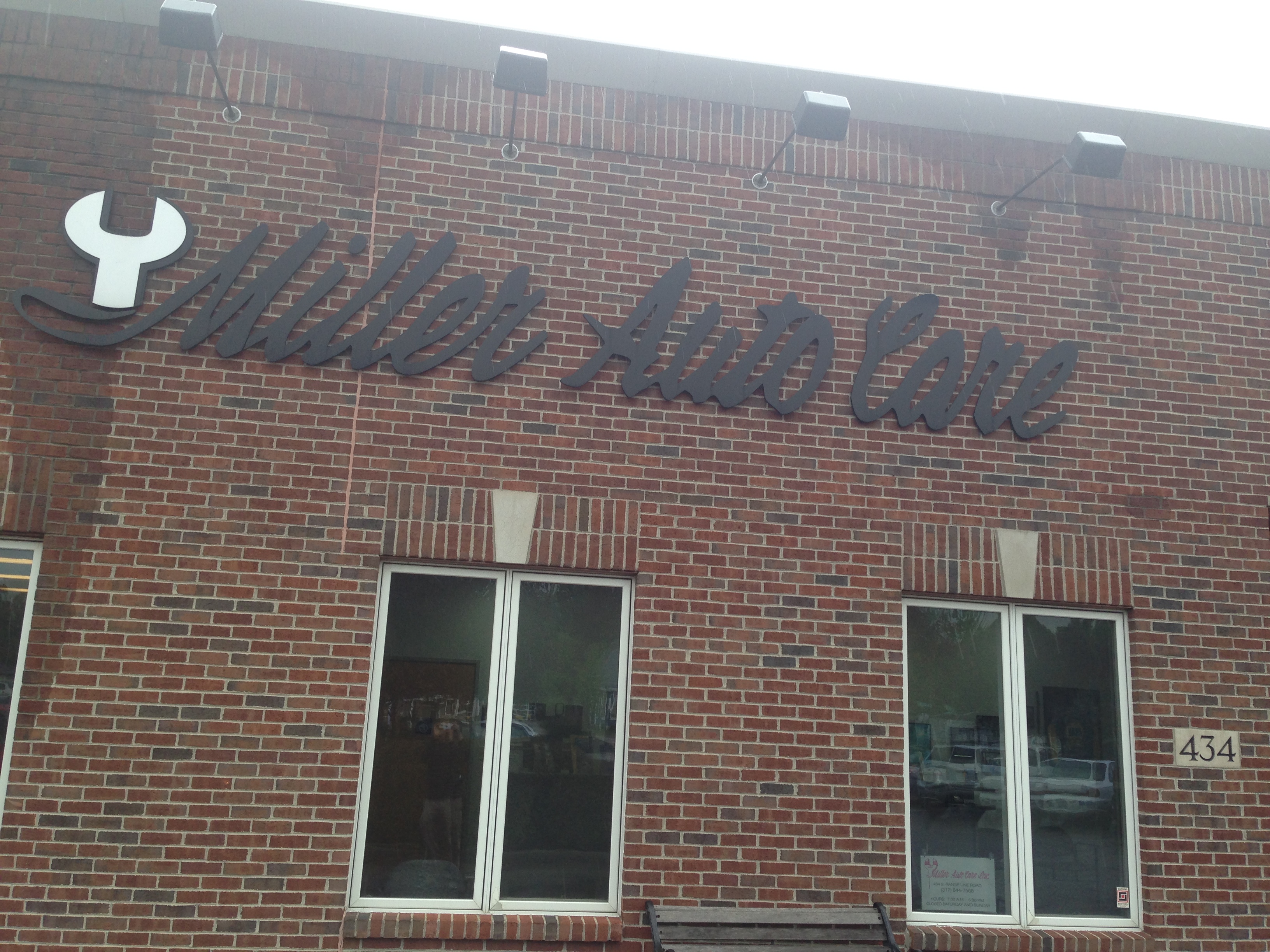 Miller Auto Care is one business that will have to move, but not close, in the near future. (Photo by Adam Aasen)

Part of the plan involves demolishing existing buildings along Range Line Road to construct new condos for purchase. This had led many people to wonder what will happen to their favorite businesses.

The answer is: some will stay, some will move and some will cease to exist.

Chief among the concerns is Miller Auto Care, a family owned and operated shop tucked behind the old laundry mat.

Andrew Greenwood, partner with Old Town Design Group, said he can’t emphasize enough that Miller Auto Care won’t be going away. They will construct a new facility for them not too far away and won’t demolish their existing building until they are ready to move into their new home. He said the goal is to move in a weekend.

“When we started to talk to Miller Auto Care, it was very obvious to us that it was a viable business and they didn’t want to go anywhere but they wanted to support the redevelopment,” he said. “It’s going to be the same great business and same great people. And with a new facility, we hope we can be a positive to what they already have.”

Keith Stockberger, owner of Miller Auto Care, said ever since the announcement was made he’s had to deal with customers who heard incorrect reports or misread articles.

“Even as of today, I had a customer approach me with a lot questions about what’s happening,” he said.

Although he wasn’t looking to move his business – not too long ago they did upgrades to the façade Stockberger said he believed it was important to support the vision for Midtown.

“Carmel has grown but it has a very small-town feel to it,” he said. “I love that we’ve been taking care of businesses for three generations. We want to be a contributor to the community and help revitalize the area. That’s why we agreed to be a part of this deal.”

Jeff Meunier, an attorney with offices in the proposed building area, said he’s going to swap some property with Old Town Design Group but won’t move. He said he was happy to adjust his building plans to support the Midtown plan.

“I think it’s very exciting and it will really bridge the Arts District and the City Center,” he said. “It should really be a boon to all the businesses in the area.”

Carmel Welding also has received questions from customers, Greenwood said, but they don’t fit within the construction site boundaries and will not move.

As for other businesses, Greenwood said that’s all still being discussed. The retail space will be available “at market rate” and for some businesses the rent might be too high. Some property owners were already eager to sell or were planning to retire or relocate.

A few businesses might be disappointed — and in some cases very upset — Greenwood said, because they were paying very low rent and the new buildings might not be the right fit for them. One example is Amanda’s City-Chic Consignment, which would require ample storage space for its inventory but likely wouldn’t want to pay the new market rates.

Greenwood told the Current that he hasn’t reached out all of the businesses that would be affected but that they are all welcome to inquire about retail space just like anyone else.

Another merchant that wouldn’t fit into the plan is the Xpress Tobacco Outlet, which Greenwood said doesn’t fit with the character of the new development.

The reality is that Old Town Design Group believes it is revitalizing an “underutilized part of town,” Greenwood said.

Mayor Jim Brainard told the Current that he’s been told that most of the business owners were looking to sell or retire anyway, so he thinks the impact would be smaller than other areas. He said he encourages any businesses who are ever looking for retail space to contact the city for help.

At the same time though, some business owners — and the customers who frequent them — tell the Current that they get the feeling that they are being “forced out” and feel like they aren’t wanted in the new area. If you ask Greenwood, he said that’s not the case and reiterates that anyone can inquire about retail space.

THIS ARTICLE WILL BE UPDATED. IF YOU ARE A BUSINESS OWNER OR CUSTOMER AND YOU WOULD LIKE TO SHARE YOUR THOUGHTS, E-MAIL ADAM@YOUARECURRENT.COM. WE LOVE TO HEAR FROM YOU.