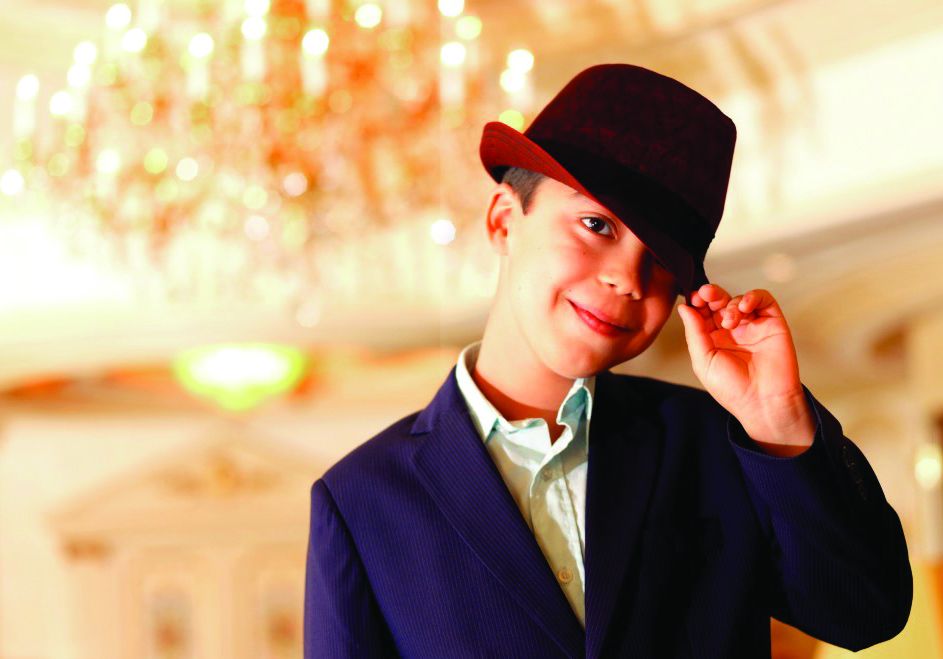 Ethan Bortnick, 13-year-old prodigy and musical phenomenon, will play the at 7 p.m., Oct. 26 at the Palladium of Carmel. (Submitted photo)

Get ready to be surprised and entertained by a young man Oprah dubbed “one of the world’s smartest and most talented kids.”  Ethan Bortnick, 13-year-old prodigy and musical phenomenon, will play at 7 p.m., Oct. 26 at the Palladium of Carmel.  Bortnick, who sings and plays the piano, will be joined by popular 22-year-old Irish singer and actor, Damian McGinty of Celtic Thunder and “Glee.” Additionally, the Indianapolis Children’s Choir will join the entertainers on stage.

Current caught up with Ethan by phone just a few minutes before he and his manager-father, Gene, were to catch a flight as part of a leg of his 60-city “The Power of Music” tour.  When asked what he would like people to know about his upcoming performance in Carmel, Ethan said: “I’d love for everyone to come to the show, especially families. I want them to know it’s going to be a really good time … fun for the whole family … for 2-year-olds to 92-year-olds!”

He is not exaggerating. Ethan is engaging, spontaneous and fun-loving. One of the most popular portions of the show is when Ethan solicits an audience member to come on stage and play the ringtone on their phone. From those few notes, in a matter of minutes, Ethan composes an entire, fully formed song.  During the course of the show, he performs everything from classical to pop, from Beethoven to the Beatles. He also does a good impression of Elton John. Ethan said at one point Elton John told him he should study Chopin.

Ethan took the advice to heart: “When Elton John tells you to learn Chopin, you learn Chopin.”

Ethan has the musical equivalent of a photographic memory. He began playing piano at age three and began composing at age five. At that early age, his parents discovered he had the uncanny ability to hear a song once and play it back note for note. Today, during his concert shows, he gauges the audience’s reactions to his songs and then chooses from a memory bank of several hundred songs. He also creates his own songs. One of Ethan’s favorite musicians, impresario Quincy Jones, said of Ethan, “his ability to create music from stories is unbelievable.”

Asked about being at an age when his voice is changing. He laughed and said, “You’re right. I am at that age and often find I have to sing in a lower key. Thankfully, I have a great band and we change the key to whatever we need for that night. Sometimes it changes nightly.”

Despite Ethan’s extraordinary abilities, he remains a grounded young man. A belief that he maintains today, and famously uttered at age seven on “The Oprah Winfrey Show, is, “We have to stay humble.”

His heart is as big as his talent and Ethan has moved audiences nationally and internationally as a singer, songwriter, composer, and entertainer.  He has dedicated many of his performances to charities, helping to raise more than $30,000,000 for nonprofits around the world.

For information about Ethan Bortnick, including videos of his performances, visit www.ethanbortnick.com

The Center for the Performing Arts is offering a special discount for Current readers, buy one ticket, and get one for free. To redeem, use promo code Ethan3 online at TheCenterPresents.org or 317-843-3800.