You are at:Home»Current in Westfield»McDonald’s opens new restaurant near Westfield’s Grand Park 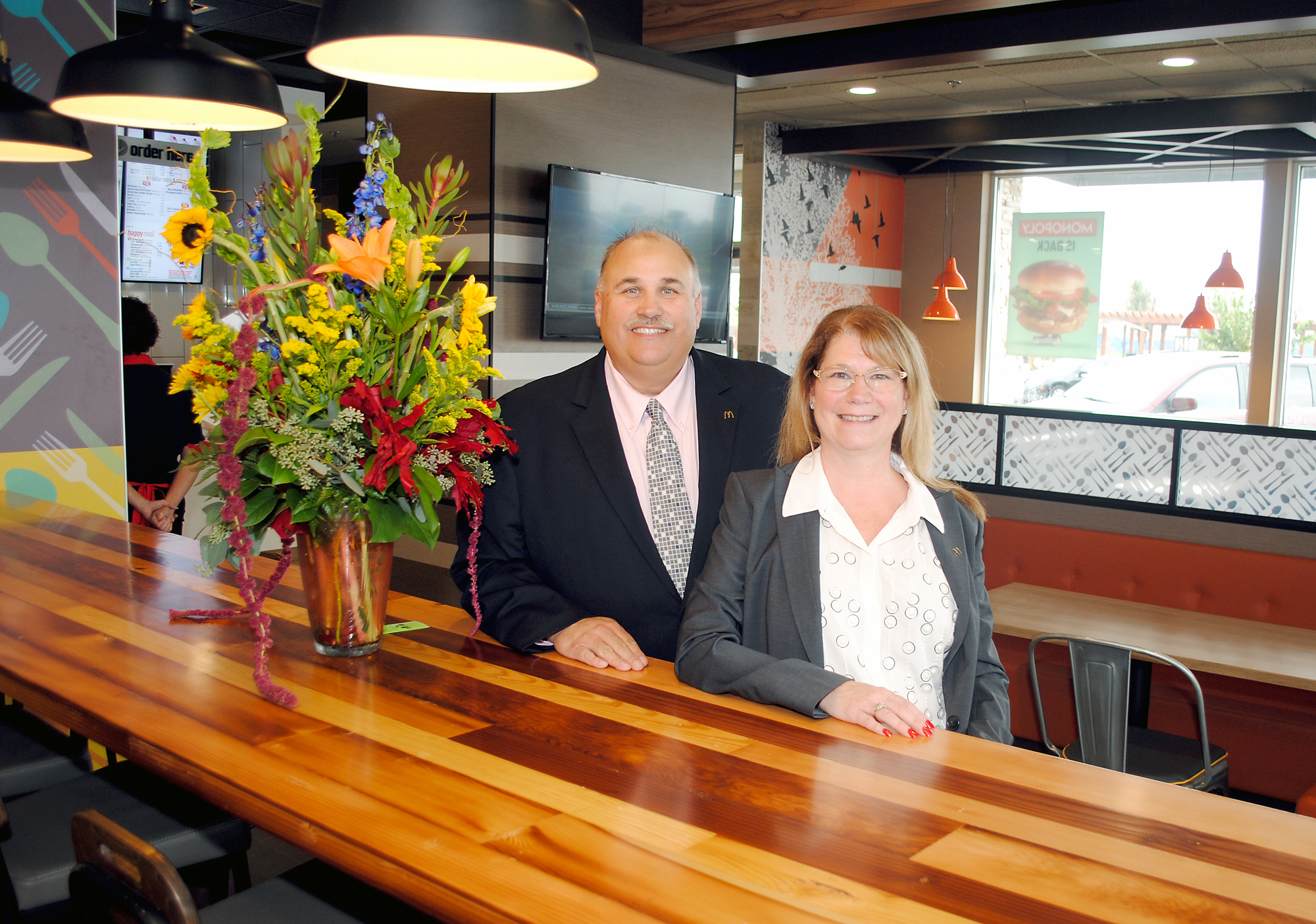 Owners Rich and Roxanne Koopmann live in Hamilton County and began as crew members at McDonald’s as teenagers. (Photo by Robert Herrington)

After having to close its doors as a result of the U.S. 31 expansion, McDonald’s has relocated in Westfield – just blocks west of its previous location on Ind. 32.

“It all fits into the economic plan. Grand Park is providing a profitable economy for businesses to locate,” Mayor Andy Cook said. “These are independent owners who are very in tune of the family orientation of Westfield.”

The new “Golden Arches” is owned by Rich and Roxanne Koopmann of Carmel. The Koopmanns began working at McDonald’s as teenagers and started as crew members before becoming owners.

“We have a strong belief in Westfield,” Rich said. “Westfield is very serious about Grand Park.”

The Koopmanns said they are interested in assisting with the Westfield Youth Assistance Program.

“We will find a way to fundraise for that,” Rich said. “We will partner with him (Cook) some way to make a better world for the youth today.”

The location at Ind. 32 and Wheeler Road is one of six McDonald’s prototypes in the nation. Rich said in addition to the LED lights and motion sensor switches, the lobby includes reclaimed wood from Michigan.

“It’s state-of-the-art equipment,” he said. “Everything’s the latest and greatest.”

While McDonald’s will see a large number of Grand Park guests, Rich said the restaurant is for the people of northwest Westfield that don’t have a location readily available to them.

“The closest ones are in Lebanon and at 151st Street and U.S. 31. It’s for people who live here locally not wanting to deal with U.S. 31,” he said. “They are the foundation because they are here 365 days a year … We are their McDonald’s.”

Roxanne said the business plans to employ 100 people by the summer.