You are at:Home»Current in Fishers»Fishers City Council candidates appear at forum 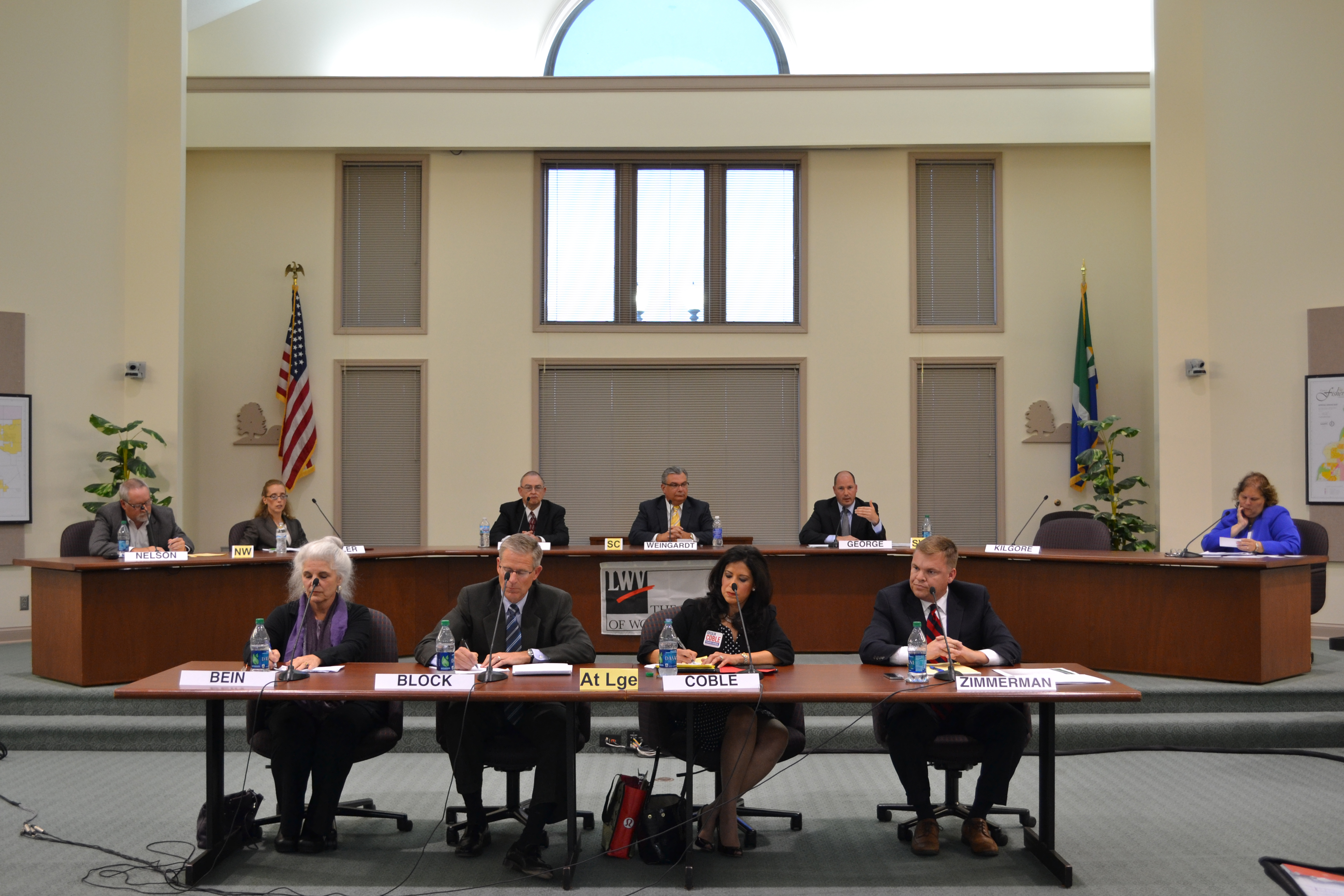 The candidates for Fishers City Council in contested races took part in a forum Oct. 8 sponsored by the League of Women Voters. (Photo by Ann Craig-Cinnamon)

Only an estimated 30 people showed up for the League of Women Voters candidate forum for Fishers City Council on Oct. 8 at the Town Hall. All but one of the 10 candidates in contested races participated in the only scheduled forum prior to the Nov. 4 election.

As Fishers moves from a town to a city government, the council will expand from seven to nine members. The previous Town Council was an all-Republican body, but there are four Democrats running for a seat on the first City of Fishers Council.

The contested races include:

At Large (three will be elected)

Democrat Justin Kilgore was the only candidate not to appear. Questions asked came from the audience and were answered by all of the candidates. The areas of disagreement came down along party lines and included the issues of downtown Fishers development and the use of tax increment financing to lure businesses to the city.

The Democratic candidates, in particular Greg Purvis who is running against current Town Council President John Weingardt, generally disagreed with the use of TIFs, which Purvis called corporate welfare.

Republican candidates, as a whole, expressed support for the current management and growth of Fishers. Several expressed their opinion that the city should take a wait-and-see attitude before engaging in any more downtown building.