You are at:Home»Current in Fishers»City Barbeque offers authentic fare 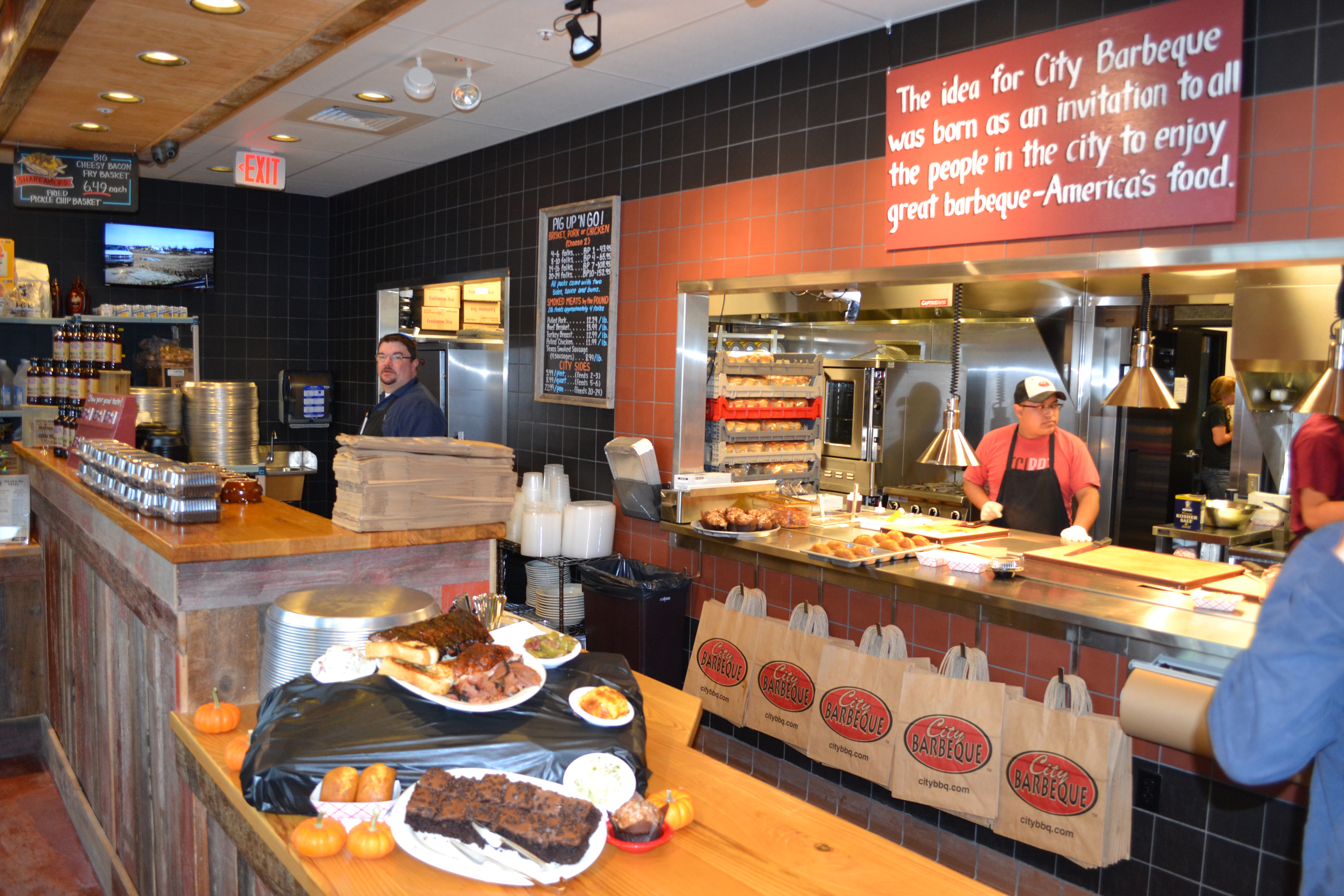 City Barbeque is now open in Fishers Marketplace. It is one of seven new restaurants opening in the center at 131st Street and Ind. 37. (Photo by John Cinnamon)

City Barbeque opened its fifth restaurant in the Indianapolis area in Fishers Marketplace on Oct. 11. That makes 25 stores around the country with restaurants in Ohio, Kentucky and North Carolina in addition to Indiana.

The chain began in 1999 when an award-winning barbeque competition team made up of five guys from Columbus, Ohio decided to start a restaurant using their recipes.

The restaurant’s General Manager, Dave Eichhorn says despite being one of seven restaurants to open in Fishers Marketplace, City Barbeque brings something different.

“Authentic barbecue, the way it’s supposed to be done; and a great environment. It’s rare in the Midwest to find an authentic barbecue place that’s not pre-packaged, pre-wrapped, pre-made kind of thing. Everything is house-made; everything is house-smoked and that’s what we take the most pride in, the food,” he said and added, “I think we’re unique. I think we’re something that you can’t get anywhere else. I think it’s quick, it’s in and out. It’s clean, it’s new, it’s fun, it’s fast-paced and it’s unique. You can’t get this anywhere else.”

Eichhorn calls the atmosphere casual, family-friendly, with counter service and quick pick-up. “It’s very quick but it’s individually made. We smoke all our own meats here on site. Some of our meats smoke up to 20 hours and some smoke in two or three, so when a guest orders it, we’re ready. We put it together the way they want it and, boom, you’re out the door,” Eichhorn said.

He says the chain takes its influence from many different styles of barbecue all over the country. “Since we’re in the midwest, we don’t have our own barbecue identity necessarily so we made our own and our own is put together from different parts of the south and west. Everything from Kansas City style to Carolina style, southern, eastern, western all put together,” he said.

The restaurant seats 129 people and offers take-out and catering. For more information, call 348-3448 or visit citybbq.com.