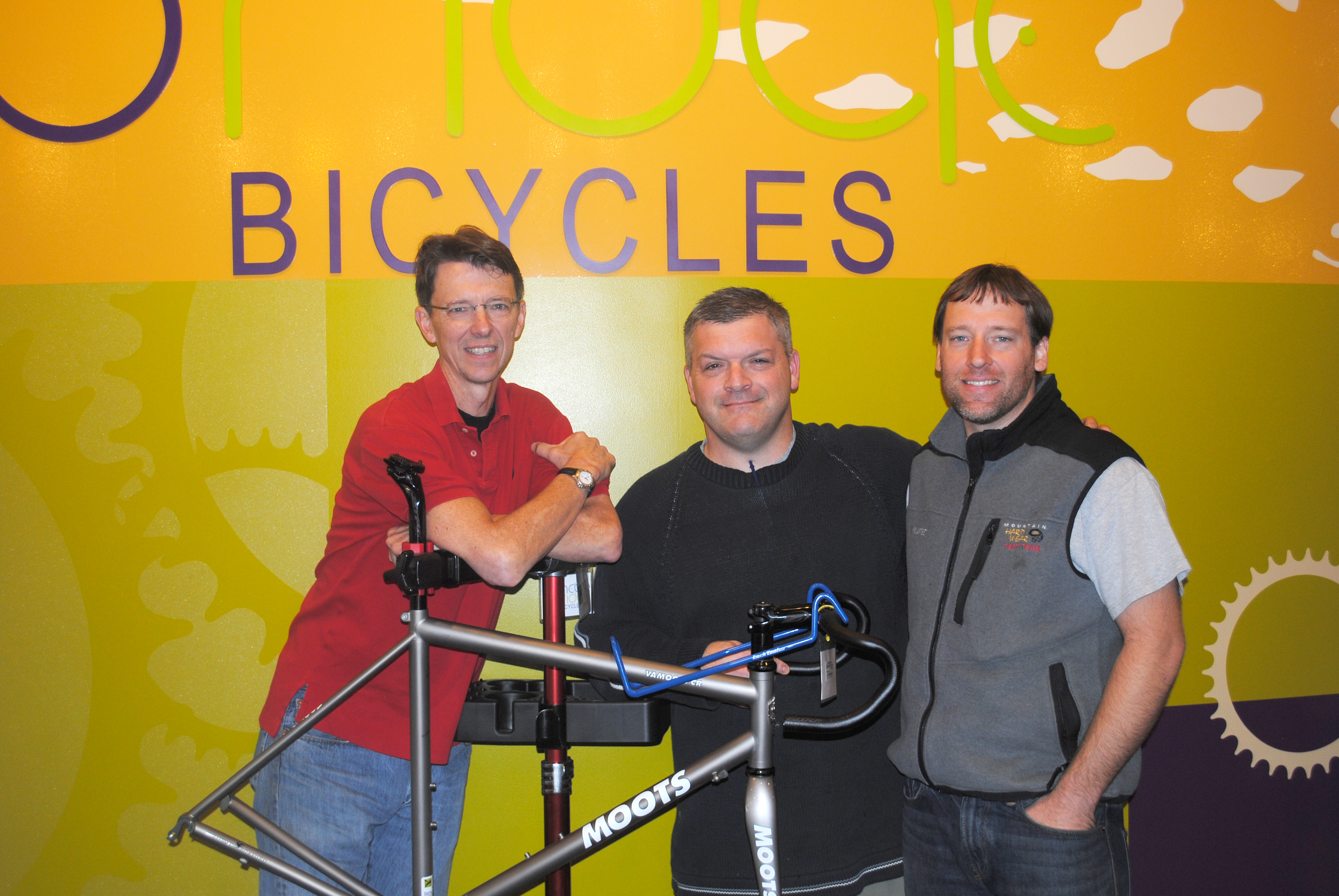 What started as Jim Serger wanting to get back on a bicycle for a good cause turned into writing a book about a store’s exemplary customer service en route to his journey.

Serger, a 44-year-old Carmel resident, went into Nebo Ridge Bicycles, 4335 W. 106th St., Carmel, looking to buy a bicycle in May 2012. Serger was preparing for a bicycle ride to Florida to honor a friend who was suffering from cancer. Serger hadn’t seriously ridden a bike in more than 20 years.

Instead of selling Serger a bicycle right away, store general manager Brian Wenrick encouraged Serger to borrow a friend’s bike to see how his knees would hold up.

“I thought why would a bicycle shop tell me to try a bike of a friend’s first,” Serger said. “What he did was put me first before Nebo Ridge.”

Serger kept coming back for knowledge and eventually bought a helmet, nutritional and other supplies and got a tune-up for his friend’s bicycle. He ended up taking that bike to Florida.

The Nebo Ridge staff had made a friend and customer for life.

“I never would have made it down there (to Florida) if it wasn’t for that customer service on the first day of interaction,” Serger said. “This is a little bicycle shop in Carmel, Indiana, that gave me the same customer service you read about from Zappos, Home Depot, the Ritz-Carlton. In return, I had to write the book about customer service to show you don’t have to be big to deliver customer service. I’ve been in customer service all my life. I love the aspect of putting people first before dollars.”

Zionsville resident Tim Casady, who owns the store with his wife Darby, said naturally he and his employees love biking.

“What we love most is finding our customer’s story and relating to that,” he said. “For a brick-and-mortar store to compete against an Amazon, it’s the relationships you are building and involvement in the community.”

Serger has made friends for life with the owners and employees. He just bought his first bicycle from the store for his 10-year-old daughter Maggie.

“They created a loyal customer so when the time was right for me to purchase a bike, where do you think I’m going to go?” said Serger, who is operations manager for the G2 Secure Staff at the Indianapolis International Airport. “They always gave me a reason to come back. The friendships I’ve forged here are just unreal.”

The book, “2000 Miles on Wisdom,” will be published Jan. 15 and is available to pre-order at Red Bike Publishing (redbikepublishing.com) and Amazon.com.

The book has received rave reviews from customer services experts.

“The book is loaded with proven methods of and techniques to get and keep customers for life. You learn how to build customer service so high they would never buy from anyone else,” stated Brian Tracy, author of “How the Best Leaders Lead.”

Serger had previously written a book, “Go the Distance,” about his relationship with his father through his father’s battle with alcoholism.

Casady’s store has been named one of the top 100 bicycle shops in the nation by Bicycling Magazine.

“He’s top 100 out of 5,000 registered in the U.S. not just because he sells bicycles, he’s top 100 because of the service he gives residents here in Indiana,” Serger said. “He’s doing it day in and day out.”