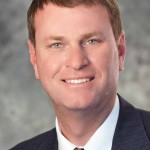 “It is a great honor and privilege to be chosen to lead such a successful and storied franchise,” Lewandowski stated. “The leadership and guidance provided over the years by Max, Cal and the Indians’ board of directors has prepared our organization for this next step. The Indianapolis Indians will always strive to be a great community partner and provide our fans the best baseball and entertainment experience possible. Our entire staff relishes the challenge to build upon our recent success, and will continue to make Victory Field the downtown summertime destination.”

Lewandowski becomes only the fourth general manager since the organization was incorporated in 1955. He joined the Tribe as a ticket office intern, and accepted a fulltime position shortly after as assistant ticket manager. In 1997, Lewandowski was promoted to director of operations. He was named assistant general manager in 2007.

“Within our plans for continued growth, this announcement designates Randy as a long-term leader of the Indianapolis Indians organization. It’s a distinction that is well-earned,” stated Burleson. “Randy has exhibited great leadership in numerous major projects in recent years, including upgrades to our scoreboards, the creation of The Cove, our IT infrastructure, and expansion of the ticket office and souvenir shops. Under his enthusiastic leadership it’s no wonder our front office is among The Best Places to Work in Indiana.”

The Indians have recorded five consecutive years of increased attendance, and this past season broke the 1998 single-season attendance record in 18-year-old Victory Field (660,250).

“Randy is well-qualified to perform the demanding duties required of the Indianapolis Indians’ general manager,” stated Max Schumacher, Tribe president and board chairman. “Since joining the Indians as an intern 20 years ago, he has excelled in a variety of responsibilities that have helped our organization rise to record attendance levels that generate consistent operating profits and shareholder dividends … Our emphasis will continue to be on maximizing the Victory Field experience for our fans.”

A business management major, Lewandowski graduated from Anderson University in 1993, and was a four-year starter on the Ravens’ baseball team. A native of Fort Wayne, Lewandowski and his wife, Christina, live in Carmel with their children, Alyssa, 16, and Sam, 14.