You are at:Home»Current in Carmel»Carmel Community»Rotary member set to take on Harlem Ambassadors 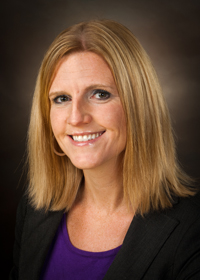 It’s all in the name of fun and fundraising so Katie Smardo agreed to participate in the Carmel Rotary’s basketball game against the Harlem Ambassadors against her better judgment.

“I do not play basketball so that should give the folks something to see,” Smardo said. “I was asked and I’m not very good at saying no. I can not play ball but I can cheer with the best of them.”

Smardo, a Carmel High School graduate who  lives in Noblesville, said she might have to ask for basketball tips from her husband, Frank.

“I think I can play defense pretty hard and maybe I can steal the ball,” she said.

Smardo, a Rotary member for nearly 12 years and a Carmel member for three years, is a district governor nominee. She will serve in 2016-17.

The Harlem Ambassadors, who were founded in 1998, are made up of former male and female college basketball players. They feature high-flying dunks and comedic routines.

The tickets are $10 and can be purchased at http://carmelrotary.brownpapertickets.com/. Children under 4 are admitted free.

“We have a nice representation of folks from not-for-profits, local corporations, teachers and volunteers playing,” Smardo said.

The coaches will be Vance McQueen (myhome123.com) and Dan Payntor (Rotarian).