You are at:Home»Current in Fishers»Public hearing on first city budget is held 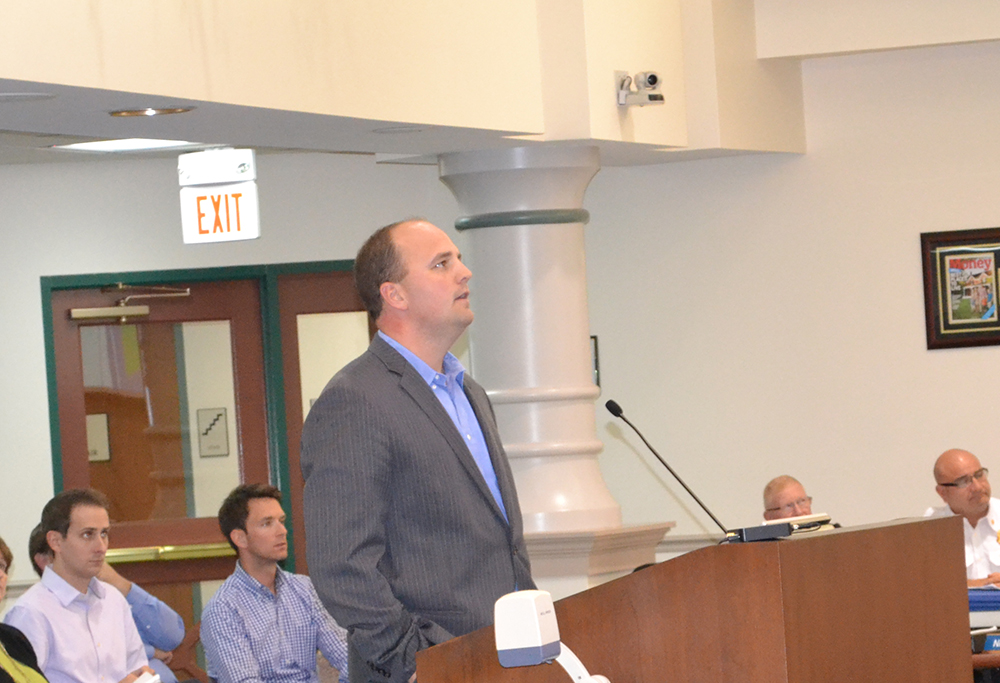 Town Manager and Mayor-elect Scott Fadness presented the 2015 budget to the Town Council on Oct. 6. (Photo by Ann Craig-Cinnamon)

Town Manager and mayor-elect Scott Fadness presented the proposed 2015 city budget to the Fishers Town Council at its regular meeting October 6.  The $72.7 million budget will be the first  budget for Fishers as a city as it transitions from town to city in January.

In his presentation, Fadness pointed out that there are no property tax increases in the budget and that health insurance costs for city employees have not gone up for a third year in a row.

The only member of the public to comment during the hearing was Greg Purvis who is running for the South Central district City Council seat as a Democrat.

Purvis claimed that the proposed budget was running a deficit and that Fishers relies too heavily on TIF districts (Tax Increment Financing).  A TIF is defined as a public financing method that is used as a subsidy for redevelopment, infrastructure and other community-improvement projects.

Purvis argued that TIFs take tax money away from schools.  “People are attracted here, not because of pretty buildings in front of town hall.  They are attracted here because of the quality of our schools.  And the overuse of TIFs districts is harming our schools,” said Purvis.  He went on to say that he obtained a copy of a map that shows that virtually all land that can be commercially developed in Fishers is in a TIF district.

In response, Fadness told the Council that with recent changes in Indiana law, the state now directly funds schools and property taxes have very little to do with budget issues that HSE is having.  On the subject of a budget deficit, Fadness reiterated that Fishers has a surplus in its General Fund beyond the reserve that is required by law and some of the expenditures in the budget are being funded by the surplus.

In other council action, 11899 Exit Five Parkway was approved as an Economic Revitalization Area with a five year personal property tax abatement to allow AI Innovations to expand.  The wholesale sign company is planning to hire an additional 33 employees and make $6 million in capital equipment purchases.

The council approved an ordinance that would allow the use of golf carts on streets in certain neighborhoods.  Subdivisions will have to apply for the authorization under guidelines that will be determined in the future.

And an architectural design services contract was approved for Saxony Hall at Saxony Village at 131st and Olio Rd.  Work on the Parks and Recreation building is expected to begin early next year.