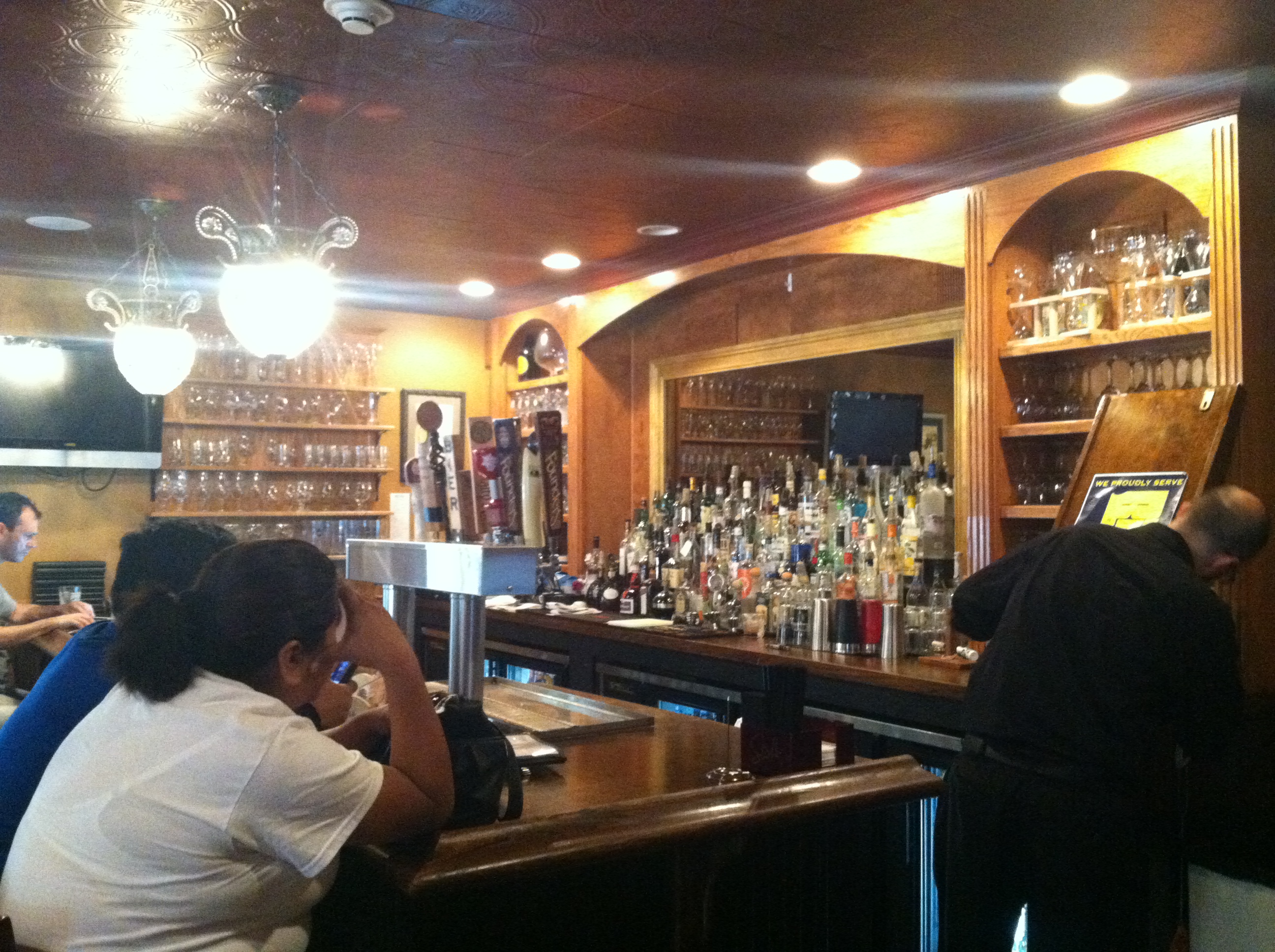 Dining at Patrick’s Kitchen & Drinks can mean many things.

Food-wise, it can mean a cup of the Brick Street blonde chili slurped down before a round of the braised pork shanks followed by an original recipe of the chocolate volcano.

Restaurant-wise, it could mean sitting on a patio surrounded by flowers, trees, and the quaint vibe of Zionsville’s Main Street. It could also mean waking up to a hot plate of the owner’s personal favorite, pecan French toast glazed with Indiana maple syrup, in the comfort of your own room.

Patrick’s and Brick Street Inn are co-tenants at 175 S. Main St. and are quite the pair.

Patrick Mullen and Beth Dickerson started the restaurant in the Boone Village Shopping Center. In 2011, they moved to its current location on Main Street. The transition happened in 11 days.

“We danced, we held hands, then we got married,” Mullen said of the quick transition. “There was no period of adjustment.”

In 2012, the venue caught fire and had to close for a five-month period.

Two years later, Mullen said Patrick’s has higher sales each year, but that is not his main focus.

“Every day, you can make 225 people’s days better than before they encountered you,” Mullen said. “And hopefully, they buy some things so you can pay the rent.”

The downtown restaurant is smaller than the previous location with 48 seats inside and 24 outside. They originally planned for a more family style restaurant but now entertain fewer guests at a time with later night sales.

Chef Douglas Scott Rawlings II has been at Patrick’s for more than a year now.

“It’s amazing the amount we produce out of a smaller space,” Rawlings said. “The kitchen is a little larger than a food truck.”

Rawlings provides the twists to the comfort food which Patrick’s boasts on its website. He said some dishes he’ll cook Caribbean style and some French style. His suggestions include the different meat selections.

“The pork shanks are absolutely huge and the rib eye is absolutely killer,” Rawlings said.

Rawlings and Dickerson collaborate on many recipes. Dickerson’s 2007 originals include a spinach and artichoke torta which Mullen says tastes like a “savory cheesecake” and the chocolate volcano with a Belgian Callebaut.