You are at:Home»Current in Fishers»Fishers attorney moonlights as tribute artist 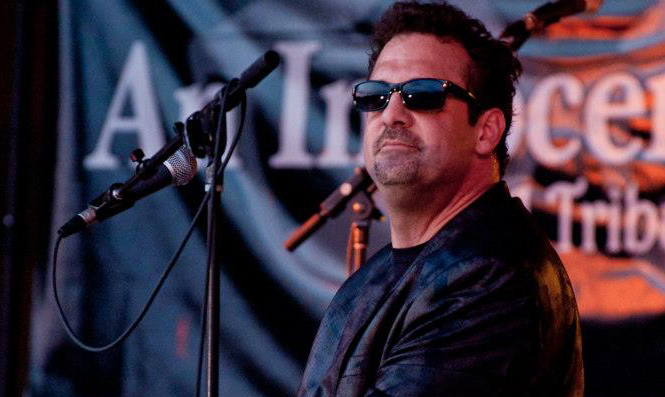 By day, Fishers resident Travis Jensen works tirelessly as partner of Johnson-Jensen LLP, an Indianapolis-based personal injury law firm. By night, he trades his jacket and tie for jeans, a dark T-shirt, and shades, grabs a microphone and entertains as a vocalist and pianist for a Billy Joel tribute band.

The local seven-member group, An Innocent Band, got its start after Jensen, who has performed in cover bands since his teens, had exposure to a tribute band and thought it might be fun to try one of his own.

Jensen, 44, grew up during the ‘80s, when Elton John, Huey Lewis and the News and Billy Joel dominated the nation’s music scene, so the group decided to perform sets from each band, yet hits from Billy Joel were the most popular. Four years later, An Innocent Band continues to entertain audiences of all ages.

“The fun part of being in a tribute band is that you come to the show and everyone knows the material,” Jensen said. “The majority of people know the majority of the songs and words. They are very much involved in the performance.”

“One of the great things for us is that there has been a resurgence (of this type of music),” he continued, noting that Billy Joel is now playing a regular monthly show at Madison Square Garden in New York. “Even though Billy Joel has not had an album since 1993, younger fans are enjoying his music again.”

Jensen grew up in Lafayette, the birthplace of popular rock artists, Axl Rose, of “Guns N’ Roses” and the late Shannon Hoon of “Blind Melon.”

“Axl’s younger brother was my wresting coach and my second cousin was the lead singer of ‘Blind Melon,’” Jensen said. “It was quite a musical town and a time to believe you could make it big.’”

Members of  An Innocent Man all have experience as musicians, performers, and original recording artists around the world, touring with artists including Blue Oyster Cult, Sara Evans, Henry Lee Summer, Brad Paisley and more.

“Putting together a tribute band allows me to play with the best set of musicians I’ve ever been on stage with,” Jensen said. “I don’t feel worthy of being on stage because they’re that good.”

An Innocent Man has recently performed at the Carmel International Arts Festival and will play at the Frauenthal Center for the Performing Arts in Muskegon, Mich., in November.

For more information about the band, go to www.aninnocentband.com.