You are at:Home»Current in Carmel»Obituary: Mary Ruth Hall 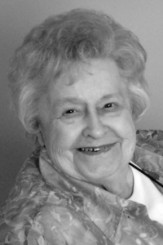 Arrangements are being made by Hathaway-Myers Chapel on Pearl Street. In lieu of flowers, memorial contributions may be made to Silver Oaks Health Campus, 2011 Chapa Drive, Columbus, Indiana 47203.  Online memorials may be directed to  HYPERLINK “http://www.hathaway-myers.com” www.hathaway-myers.com.

She was preceded in death by her parents, brother, Marion Moyes, and her husband.