You are at:Home»Current in Fishers»Pasta Bowl breaks record 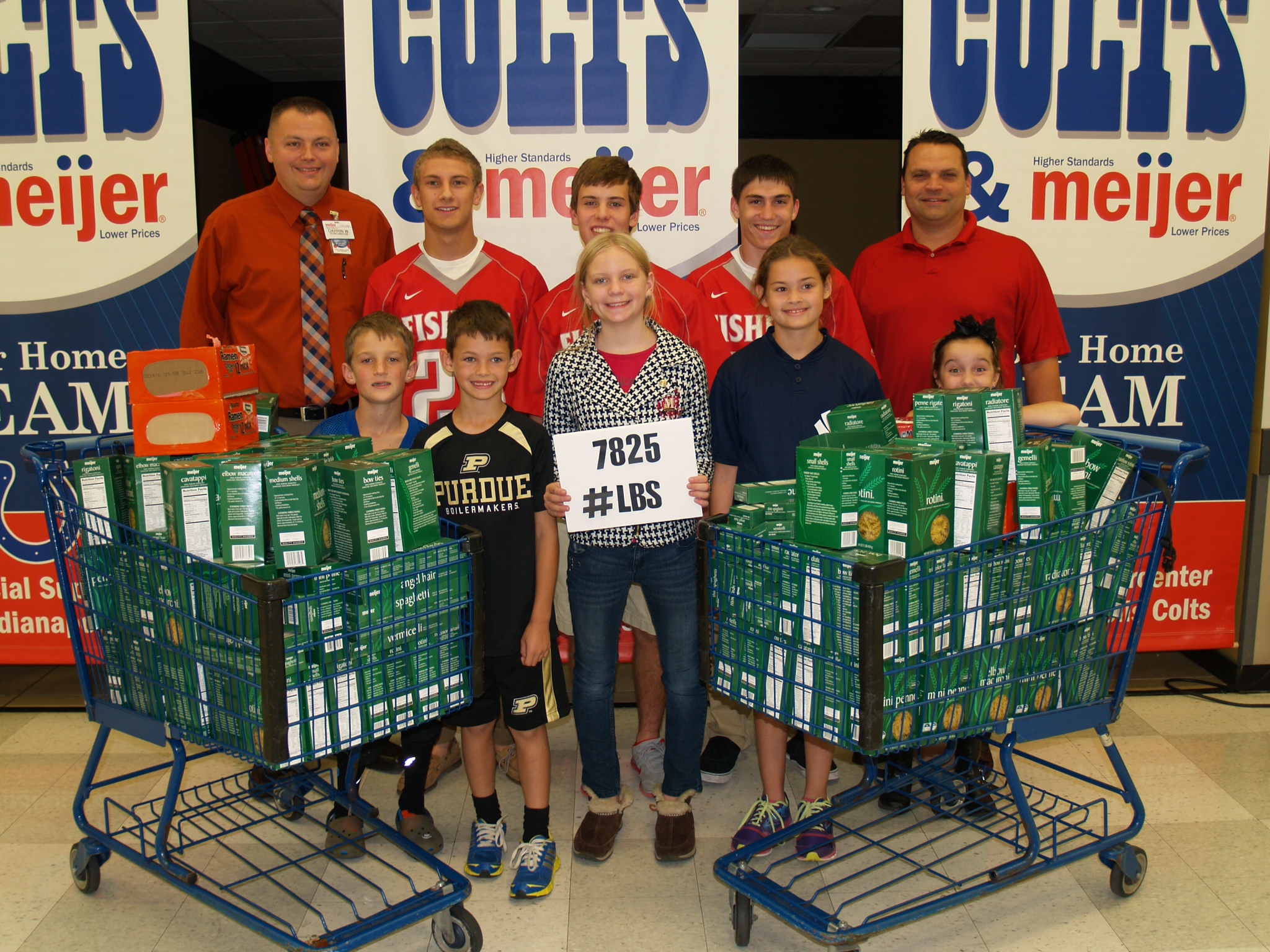 The Pasta Bowl was a huge success again this year.  The Hamilton Southeastern Schools food drive is in its third year raising food for local food pantries.  When the initiative began it was tied to the annual Mudsock Football game between Hamilton Southeastern and Fishers High Schools which draws as many as 10,000 spectators.

Fall Creek Township Trustee Jeff Hern says this year the drive involved all HSE grades and athletics and as a result donations were up 282% over last year. Total donations during the drive were 7825 pounds of food which is almost triple what was raised last year.

Hern says getting more kids involved and more advance planning are reasons for the huge increase.  He also says it is a great thing for kids to get involved in.   “It is a great experience for kids as they grow up that it is good to give back to their own community and to help out those that are not as fortunate as they are,” he said and added “what it really comes down to is neighbors helping neighbors.  At any point in time, people can fall on tough times and I’m a big believer that everybody at leat once in their life will go through some kind of  tough time, a struggle that they need a little bit of help to get them back on their feet and moving in a positive direction.”

Hern says HSE’s Pasta Bowl is the largest food drive of its kind in the state and benefits the food pantries at the Fall Creek Township and Delaware Township Trustee offices, St. Louis de Montfort Catholic Church and Fishers United Methodist Church.  This year it was sponsored by Meijer.

Hamilton County is not typically associated with hunger and food insecurities.  Surprisingly, the current rate of HSE students receiving free and reduced lunch support is at 14.5%, which has doubled in the last 6 years.  HSE reports that nearly 1 in 5 students may struggle with food insecurity.

News is spreading about the PastaBowl.  Other high school football programs have taken up the challenge to operate similar food drives in their area.  Guerin Catholic operated a PastaBowl drive during their Oct. 3rd game against Brebuf.

If you would like to make a donation, the township trustee food pantries are open Monday through Friday from 9am to 3pm.