You are at:Home»Current in Carmel»Carmel Community»Disabled woman allegedly raped by paramedic during transport from Carmel to Wabash

At 10:12 p.m. Sept. 26, the Wabash Police Department received a report that a female resident at Vernon Manor Children’s Home, in Wabash, reported that she had been sexually assaulted by a male paramedic in an ambulance on the way back from a doctor’s appointment in Carmel.

The victim is a non-verbal resident of the children’s home, however staff at the facility said she was able to communicate with them about what happened, and that she has the ability to write about the incident. 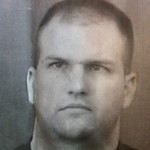 According to police officials in Wabash, Kyle Meyers, 31, of Muncie, was allegedly sitting in the back of the paramedic vehicle with the victim while a female driver drove the van.

Police do not believe the driver was aware of the assault.

Meyers was arrested and is now in the Wabash County Jail awaiting charges.

Meyers is an employee of Heartland Ambulance Service, a private ambulance transport company with five locations in Indiana, and has no prior convictions.

Michelle Atkins, a spokeswoman for Heartland Ambulance, told Current that the suspect was charged today with three counts; rape, assault and battery.

“We immediately took action to have this former employee terminated,” Atkins said. “He is no longer with Heartland and he has lost his state license.”