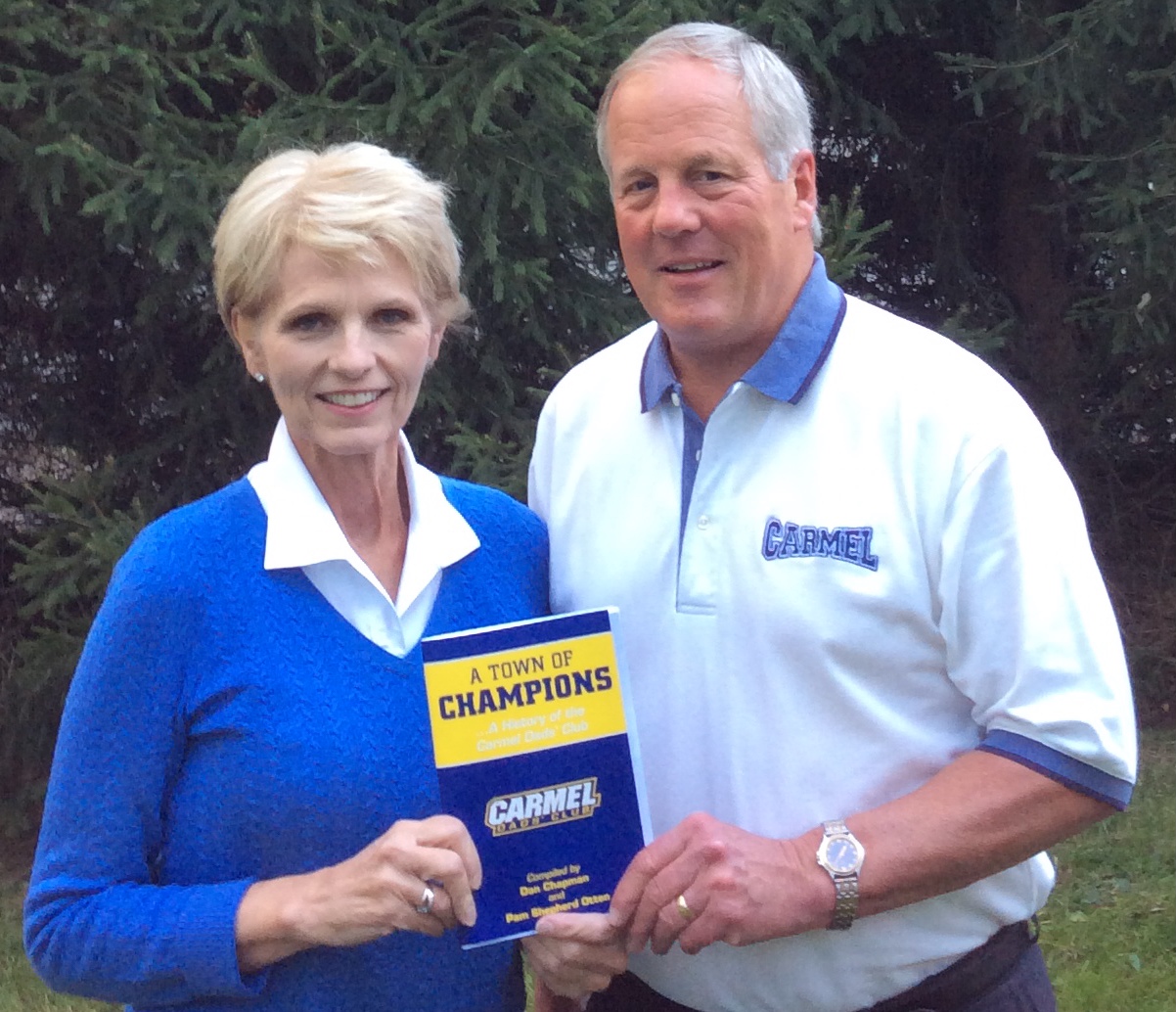 Carmel High School has produced a state record 119 Indiana High School Athletic Association team titles along with many state crowns in non-IHSAA sanctioned sports. Dan Chapman wanted to make sure the Carmel Dads’ Club gets proper credit it for its part in that high school success story.

“I felt like no one understands where all the success comes from and someone has to tell the story of where it all began at least from a historical standpoint,” Chapman said. “Back when it started there was no money because Carmel was a small town. People mistakenly think it started because of corporate monies. But that’s not what happened. Everyone came together because they wanted their kids to have a great opportunity to play sports.”

Chapman and Pam Otten have produced a book “A Town of Champions:  A History of the Carmel Dads’ Club” detailing the formation. There will be a reception and book signing with Dick Nyers at 4 p.m. on Oct. 4 at the Carmel VFW Post 1003, 12863 N. Meridian Rd. Nyers, then the  Carmel High School football coach, was instrumental in the development of the club.

Otten and Chapman both graduated from Carmel High School in 1970 and still live in Carmel. Chapman, a former CDC player and coach, said he had compiled the notes but confessed he’s not a very good writer.

“I wrote the first chapter and thought at this rate it is going to take me 10 years,” Chapman said.

So Chapman asked Otten, who had retired as a full-time Carmel Elementary school teacher, if she would help.

The Carmel Dads Club started in 1958 and teams began competition was in 1959.  Nyers, who coached 10 seasons at Carmel before leaving to become a Ball State assistant in 1968, helped get the club started, seeing it as valuable feeder system.

The book costs $14.95 with $1 from each sale going to Carmel Dads’ Club for a scholarship in Nyers’ name and $1.05 to the Carmel Historical Society. To information on ordering the book e-mailed Chapman at DCHAPMAN.RE@aol.com.