You are at:Home»Current in Carmel»Carmel Community»Restaurants say #31 Bites helps – but only a little 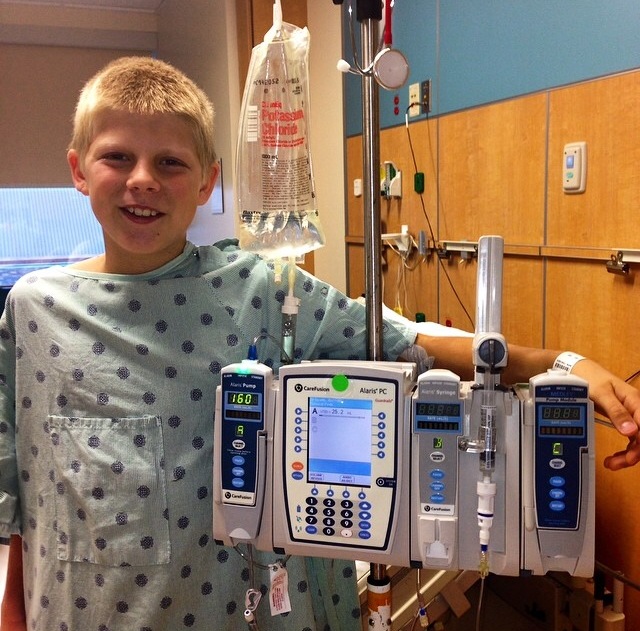 The bracelets distributed by the city were part of a marketing project to help businesses during the U.S. 31 road construction. (Photo by Sophie Pappas)

After months of construction on U.S. 31 took its toll on local businesses, Carmel leaders launched an initiative called 31 Bites, which aimed to drive customers to those struggling restaurants and merchants.

Orange wristbands were handed out and Carmel residents were encouraged to eat at affected restaurants and post photos of their food on social media sites.

And two months after its launch, business owners say the campaign has helped but only a little.

“We certainly appreciate what they city has done to help us and 31 Bites has helped us some,” said Damon Sinkovics, manager at J. Razzo’s, an Italian Restaurant affected by construction. “But it’s still slow. My business is down and so we look forward to the roads opening back up.”

It’s hard to measure how much the city-backed plan has helped. Most of the evidence is anecdotal, short of asking a business owner to open up their spreadsheets.

“Based on feedback we have received, we believe that customers increased their usage of the restaurants,” Mayor Jim Brainard said. “We suspect that if you ask the people who were tweeting pictures of their kids wearing the orange wristbands if they would have visited those restaurants without the campaign, we’d guess the answer would be ‘no.’”

Dan McFeely, a city consultant who worked on the project, said no formal surveys have been conducted just yet, but there are some indicators that it’s been successful.

McFeely said the city has received appreciative phone calls from businesses. There have been 137 tweets through Sept. 11 with the hashtag #31 Bites. He said there were dozens of pictures were posted, one local food blogger did several special Friday blogs on the project, a video was made by a local person and shared on social media and one store even offered discounts to those who wore the wristbands.

But other city officials question whether the campaign has made a significant impact.

“It’s clever. I’ll give it that,” City Councilor Rick Sharp said. “I wish it would have started sooner. It also somewhat neglects the retail establishments since it focuses so much on restaurants. I was in a retail shop around there today that has modified its store hours and made them shorter.”

Sharp said he returned an item at a retail store near U.S. 31 and the manager told the employee he should have only offered store credit so the store could keep the revenue.

And while Sharp said he believes the campaign was started too late, others think the timing was perfect.

“Some people say this is too late but I disagree,” City Councilor Sue Finkam said. “I think doing it midway through the closure is perfect timing because you received attention at the start of construction and midway is a great reminder to people to keep supporting these businesses.”