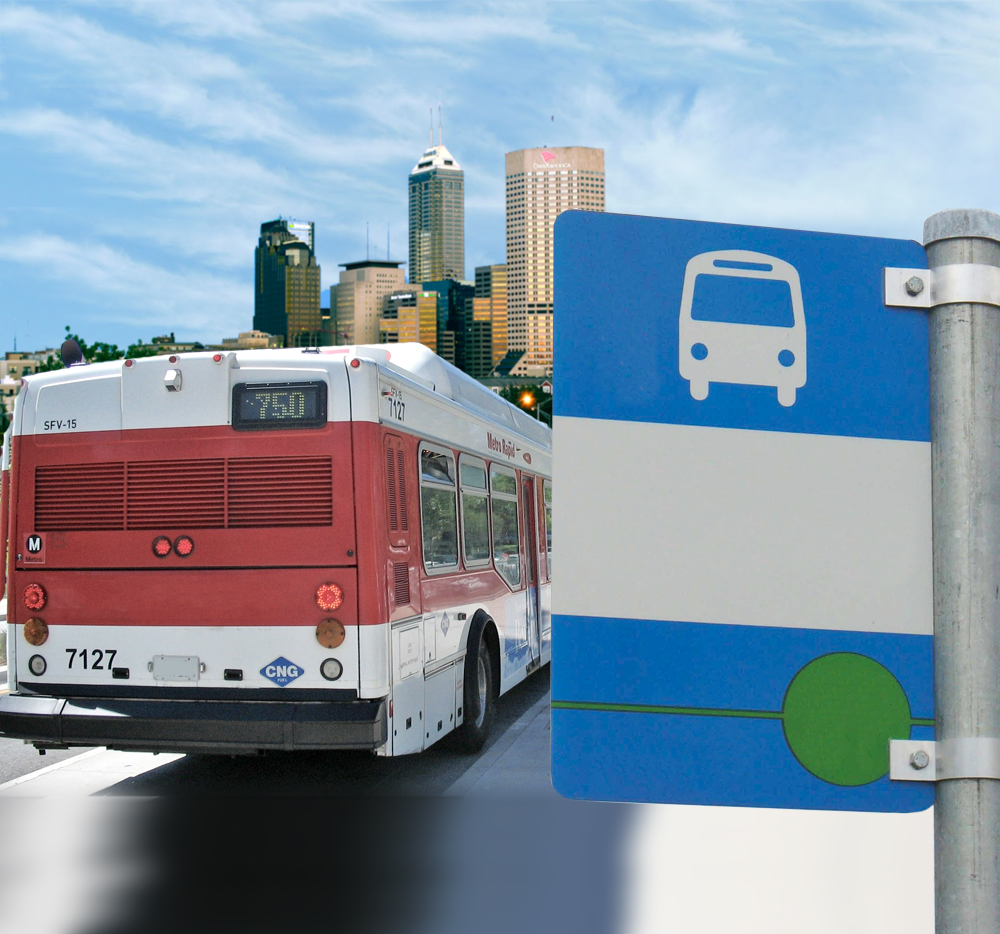 More buses could be coming from Indianapolis to Carmel. (Photo Illustration by Zach Ross)

Most people don’t think of Carmel as a city that relies on public transportation, but elected officials are closely looking at ways to improve mass transit north of the county border.

Bus riders filled a recent City Council meeting to express their support for the public transportation system – an operation that caterers to a small number of riders and is unable to stay in the black.

It’s a tricky issue. It’s seen as a necessity for workers who don’t own cars and the business owners who rely on these employees. For the other taxpayers who never use the service, it’s seen as a costly failed experiment.

There’s been plenty of action lately in trying to improve the service.

The Carmel City Council reluctantly approved a $30,000 subsidy to the Indy Express bus to keep the operation afloat despite the fact that they don’t have a business plan.

And there’s talk of a looming commuter tax that could affect local businesses, including those in Hamilton County.

Since Carmel is statistically more affluent than Indianapolis, many people assume that everyone owns a car here in town. But Brainard said it’s an untrue assumption that only people who can’t afford cars take the bus.

“You can get an extra hour or two or work done,” he said. “Nobody knows whether you sent that email on a train or on a bus.”

Timothy Kopf, of Carmel, and a user of Indy Express, said he chooses the bus for that reason.

“I’m one other person who’s not on the road tempted to be using our devices while driving,” he said.

But others are skeptical. Fred Glynn, Jr., who recently made mass transit one of his issues in his successful primary run for Hamilton County Council, said he feels the need can be overstated.

“If we can’t fill up the buses that we have now, what makes you think we need more?” Glynn said. “I think you have to change the culture and involve the private companies in order to make this work.”

When the City Council approved funding for the service, there were reservations. There aren’t enough riders to support the operation financially and there appears to be no plan to attract more riders.

“There’s no marketing plan and there’s no money for a marketing plan,” City Councilor Rick Sharp said. “So it’s very disconcerting. It becomes an unfair subsidy for a very small number of residents.”

City Councilor Kevin Rider said he would like to see the service act more like a business.

“I’ve been in business for 32 years and you always have to been prepared for changes,” he said. “It’s a bad idea if we don’t have a good business plan. That’s a fact. We can’t continue to throw money at something that will lose money forever.”

One of the complex parts about expanding public transportation is that it has to be a joint effort between Marion and Hamilton counties since routes cross county lines.

There are times when working together can be a huge success. U.S. Rep. Andre Carson, D-Indianapolis, helped secure the $2 million Transportation Investment Generating Economic Growth grant, which requires a $1 million matching grant from participating cities.

But some in Carmel are worried that there eventually could be new taxes to pay for the project.

State Rep. Jerry Torr, R-Carmel, sponsored successful legislation to enact a statewide mass transit plan that some say opens the door for more taxes. Some insist the funding would come from income taxes and user fees, but the Indianapolis Chamber of Commerce has been pushing for a commuter tax since 2006 and will push for it in 2015.

Brainard said he is against taxing businesses to support the system and believes it could hurt economic growth.

“I think any commuter tax is a really bad idea,” he said. “Why set up an artificial barrier? Indianapolis already has higher taxes than Carmel does. Substantially higher. And so if this tax went into effect then some business owners might want to move their business from Indianapolis to Carmel to avoid paying higher taxes. But we don’t want that because we’re thinking of what it would do to the region as a whole.”

Carter said he’s concerned that such a tax would benefit cash-strapped Indianapolis more than Carmel.

“I’m not really enamored to make it easier to ship more dollars in taxpayer funding down to Marion County,” he said.