You are at:Home»Current in Noblesville»Healthier Hoosiers

Elementary students always look forward to time on the playground and because of a community effort the options to increase their fitness and enjoyment have increased at three Noblesville elementary schools.

As part of Healthy Schools Week, Hazel Dell, Hinkle Creek and North elementaries unveiled their new Project Fit America outdoor equipment. The three were the only elementaries that did not have such a program in the district.

“It brings equipment to our kids that they can not only use in class but during recess every day. In addition to that, as a community school it is open to our community 24-7, which is awesome,” said North Elementary Principal Joe Brown.  “It peaks their interest just by looking at it. ‘What could I do with that?”

To encourage health and activity among students, the schools have received outdoor and indoor equipment, curriculum materials and teacher training.

Impact in the classroom

White River Elementary School became the first Indiana school to install a Project Fit America course in 2009. Since it’s unveiling, physical education teacher Beth Hewitt and her students have seen an improvement in their fitness levels.

“Students set goals and see how they are improving,” she said.

“I appreciate the social and critical thinking aspects the most,” she said. “We talk about how it’s not just being strong, but getting along on a team, getting enough sleep at night and ways outside the classroom to keep your body healthy … They think about their brain and what it needs.”

“To P.E. teachers, it’s kind of like Christmas to have it,” said Hewitt. “I’m really happy this happened. P.E. teachers spent two days working to put Project Fit America into our (elementary) curriculum map. As a district we are all on the same page with our curriculum. It’s really nice to have all the schools have the same things inside and out.” 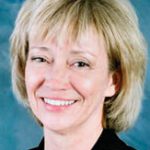 “It’s a fantastic partnership between Noblesville Schools, Riverview Health and generous donors in the city,” Riverview Health CEO Pat Fox said. “We are the only school district in the state that has brought Project Fit to their children and every week there are thousands of kids that are getting stronger, staying healthier.”

The idea for installing a PFA course came when Hewitt was on vacation and visited a friend’s school, which had a similar course, in Olive Branch, Mo. She discovered the equipment at a school and wanted to bring the idea back to Noblesville.

“Pat met with Beth Hewitt and said, ‘Absolutely, we’re on board with this.’ We’re dedicated to the health and wellbeing of our children,” Riverview Health Foundation Executive Director Trish Oman said. “A year later she came to the foundation and said we’d like this to be funded through community support. Through the generosity of our donors, it’s continued and it’s been fulfilled.”

“It’s not about who can do it and who can’t, it’s about achieving your own goals,” Oman said. “They measure kids every year and the change in the strength of the students is phenomenal. Year after year their strength, agility, cardiovascular – the stats are off the charts.”

“You don’t have to be an athlete. Any kid can do this and we all start at the same place,” Fox said. “It’s challenging but it’s great because now they are excited, it’s a positive thing.”

“I think it makes a fantastic statement from the schools’ standpoint to understand the value of health and wellness and how that translates into the classroom,” he said. “The schools have stepped up and said, ‘It’s important for us to have healthy, active kids.’ And they went out into the community and found a way to make it happen because, as I understand, this was not in the budget. It was all donor dollars which is awesome.”

Now that it available at the schools, others can come out and use the equipment, including the parks department.

“I could come out and do a new fitness boot camp on the equipment they have here,” Bennett said. “I’d like to see other communities jump on board, but I love the fact we are leading.”

Those involved said the biggest effect is building a healthy foundation at a young age.

“We’re getting kids outside, we’re getting them active, getting them playing,” Bennett said. “I don’t care if that at the schools, at the parks or in the neighborhoods, ultimately we want healthy, active kids and this is another step in the direction.”

“When I grew up you always played outside. Whether it was throwing snowballs in the winter or running around splashing in the puddles in the rain. Too many kids are staying indoors too much but this is an opportunity after hours or on the weekend to get out, enjoy the outdoors and exercise,” Fox said. “It’s great to bring that to a community.”