You are at:Home»Current in Fishers»Column: A trip to the 1950’s 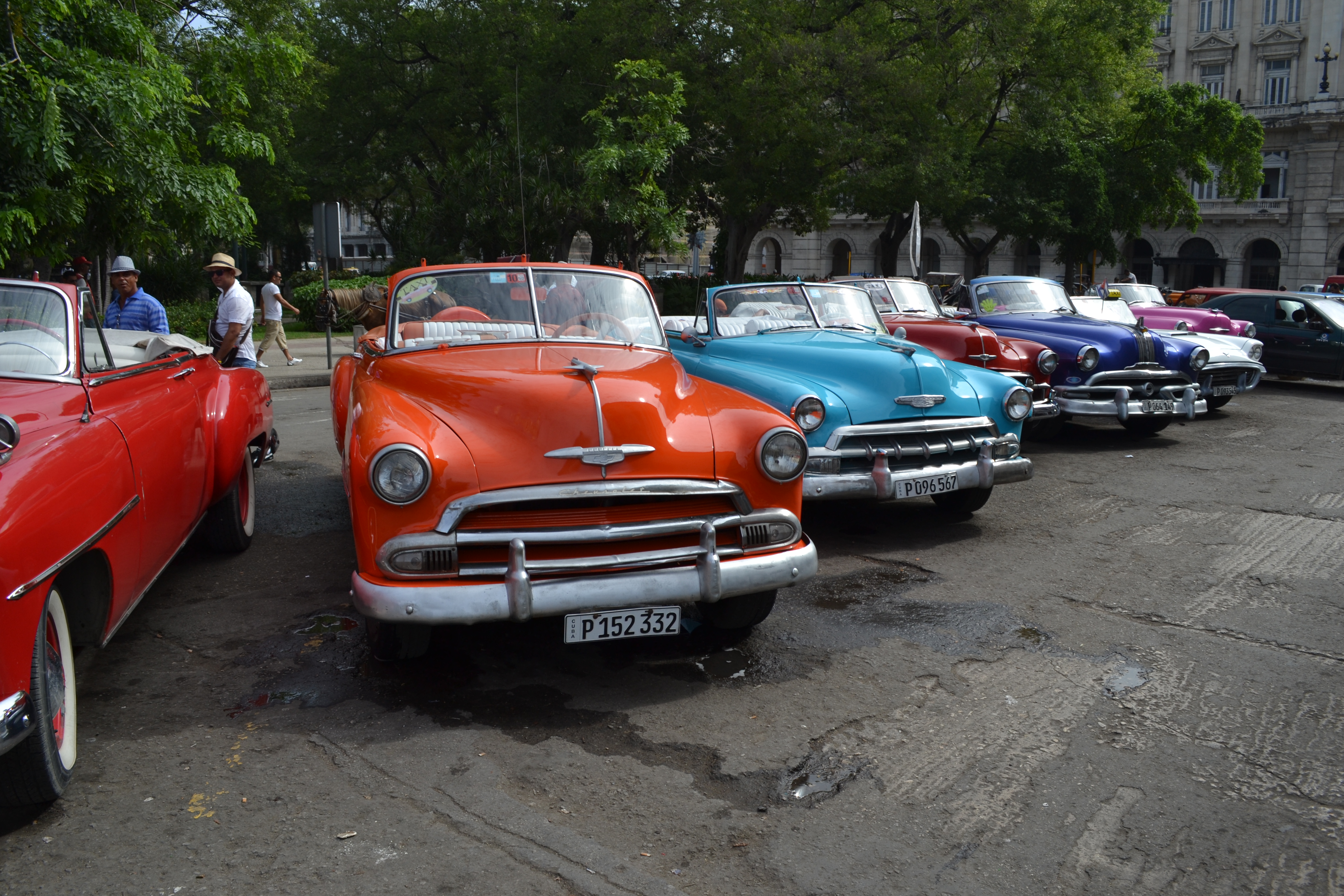 I have wanted to visit Cuba for a long time and just recently did so under the auspices of a people-to-people tour, sanctioned by the US State Department.  I have many reasons for wanting to go:  first, I’m a travel junkie.  I’ve been all over the world; all 50 states, 80 countries and all 7 continents.  I have a real love of seeing new places, cultures and people.

Secondly, I want to see it before sanctions are lifted which, I think, is just a matter of time.  When that happens, there will be a rush to build and Cuba may lose its uniqueness.  I can just imagine Starbucks and Burger Kings everywhere.

Uniqueness is my third reason.  Cuba is just 90 miles away from Miami and yet is a country that has been forbidden to us for 60 years.  I thought it would be like nothing I have ever seen.  And it was.

A visit to Cuba is like taking a ride in a time machine.  It seems frozen in the 1950’s.   Cubans drive old American cars from that era and there’s not been much building since that period either.  I have joked that I’ve never been anywhere where I had the distinct possibility of being hit and killed by a car made the same year I was.

Havana is actually a very interesting city full of history, great architecture, good food, friendly people and beautiful old hotels where the famous and the infamous stayed; people like Hemingway and the mobster Meyer Lansky.  We saw the actual missiles that were involved in the Cuban missile crisis, which gave me chills.

As a communist country the Cuban government pays all healthcare and all education for its citizens up to and including Phds.  However, the average Cuban has a very low standard of living and extremely low wages.

Cuba is a great example of why capitalism works and communism doesn’t.  A case in point is our 68-year-old tour guide who has a Phd in microbiology that he earned in the Soviet Union.  He worked on projects that were so important that he met with Fidel Castro on a regular basis.  His epiphany came when his wife informed him one day that there was only enough meat for their two children for dinner.  It made him realize that no matter how much education he had or how important he was he would never succeed above a certain level under communism.  That’s when he decided to strike out on his own.

There’s been a loosening of government controls in recent years in Cuba and with it has come a hint of capitalism and a glimmer of hope for a better future for the Cuban people.  They are so hopeful that sanctions will be lifted that they are building a cruise terminal, golf courses and resorts.

It’s a fascinating country with age-old ties to the US that included helping us in our war for independence.  I hope someday we can all visit there freely.