You are at:Home»Current in Westfield»Westfield outperforms international averages on test scores 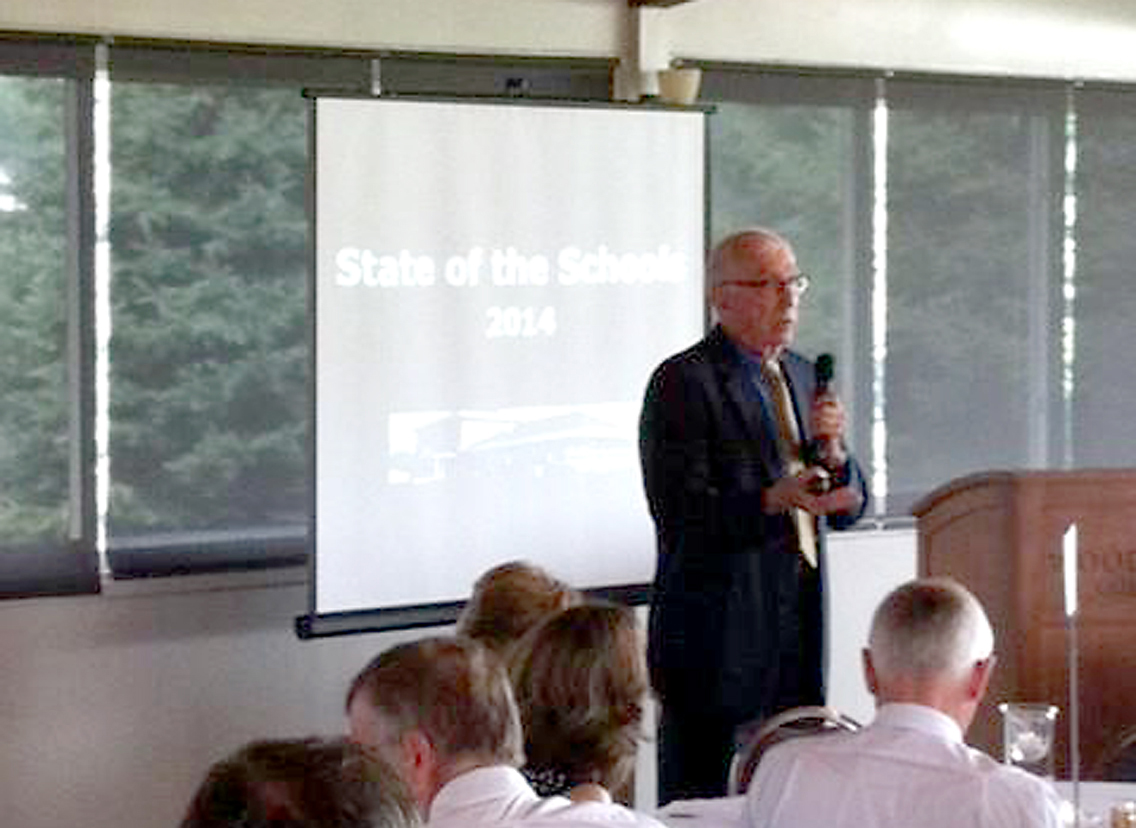 Supt. Dr. Mark Keen delivers his annual “State of the Schools” speech to the Westfield Chamber of Commerce on Aug. 21. (Submitted photo)

Westfield schools reached a new high this year, as students scored a mean total of 548 points on their OECD Test for Schools, based on the Program for International Student Assessment, placing them “significantly above” other schools in the U.S. and most other countries.

In reading, Westfield scored only eight points lower than the world’s highest-performing school system in PISA in 2009 and 2012, Shanghai-China.

The test assessed students on reading, mathematics and science skills. Westfield’s high scores were one of several achievements Supt. Dr. Mark Keen addressed during his State of the Schools speech at the Aug. 21 Chamber of Commerce luncheon.

Keen also mentioned areas for Westfield to improve upon – such as the Westfield Youth Assistance program, which was established to keep kids out of the probationary system. Though there’s no real way to measure WYA’s success, Keen said the program is effective.

“The teachers who work with our kids really know that it’s being successful,” he said. “But we think it can do more.”

Mike Hall, Corey Hartley and other Westfield principals are specifically working on encouraging non-cognitive skills to students, such as empathy, self control, grit and resilience, Keen said.

“In the world of business … if you have these skills, you’re going to be successful,” he said.

The schools also are working on aligning their computer science curriculums, Keen said. The goal is to teach students coding, since 30 percent of new jobs require that skill to some degree.

During a Q-and-A session, Keen addressed Westfield’s stance on adopting a balanced calendar format. He said that in late September or early October, Westfield schools will post new calendar options for parents to consider. They will make a recommendation around November, after hearing feedback.

• Westfield has the highest graduation rate in central Indiana at 98.4 percent.

• This is Westfield High School’s fourth consecutive year in the top 3 percent of Indiana high schools.

• The new football stadium will host more than 300 events per year.