You are at:Home»Current in Carmel»Opinion: The lesson from Ferguson 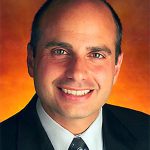 As a former prosecutor, I support law enforcement and can say that most police officers are decent folks and good at their jobs. The recent events in Ferguson, Mo., however, underscore a serious and growing problem of the militarization of local police forces. Neighborhoods should not be warzones; the police should not employ para-military equipment and tactics on its own citizens. Police officers are not occupying soldiers and should not fire tear gas into the backyards of homeowners who are exercising their First Amendment rights.

During the Clinton administration, Congress passed the “1033 Program” to pass along “surplus” military equipment to domestic law enforcement agencies. According to the Department of Defense, 8,000 agencies at all levels of government participate. Since 1997, the federal government has transferred over four billion dollars of equipment, like armored vehicles, grenade launchers and remote control robots to local police agencies. Albeit cool, none of these military weapons actually do anything to prevent crime. And, as Ferguson evidences, it also contributes to the police appearing aloof and citizens feeling like enemy combatants.

Historically in the greater Indianapolis area, officials have agreed that the best way to prevent and deter crime is improved communication and an intimate knowledge of the neighborhoods. This is a concept called community policing and emphasizes collaboration and cooperation between law enforcement and citizens. This type of policing is a value system where police/prosecutors work cooperatively with citizens to resolve issues identified to specific neighborhoods. This should not be mistaken as being soft on crime. On the contrary, community policing improves the ability of the police to catch and prosecute the bad guys because cops can’t do it alone-they need our eyes and ears.

Catching bad guys is only part of the job. An effective police force becomes problem solvers who understand the importance of taking care of the little things before they become big things. Vandalism, truancy, abandoned vehicles and homes are all issues that affect the livability of a neighborhood. The partnership works together to improve the overall living condition. This paints a radically different visual then the images we’ve seen from Ferguson. Fergusonians don’t need tanks to fight crime – they need leaders who understand that a soldier’s mission is to engage and destroy the enemy. But a police officer’s mission is to protect and serve the community.