You are at:Home»Current in Fishers»Worship on the Water 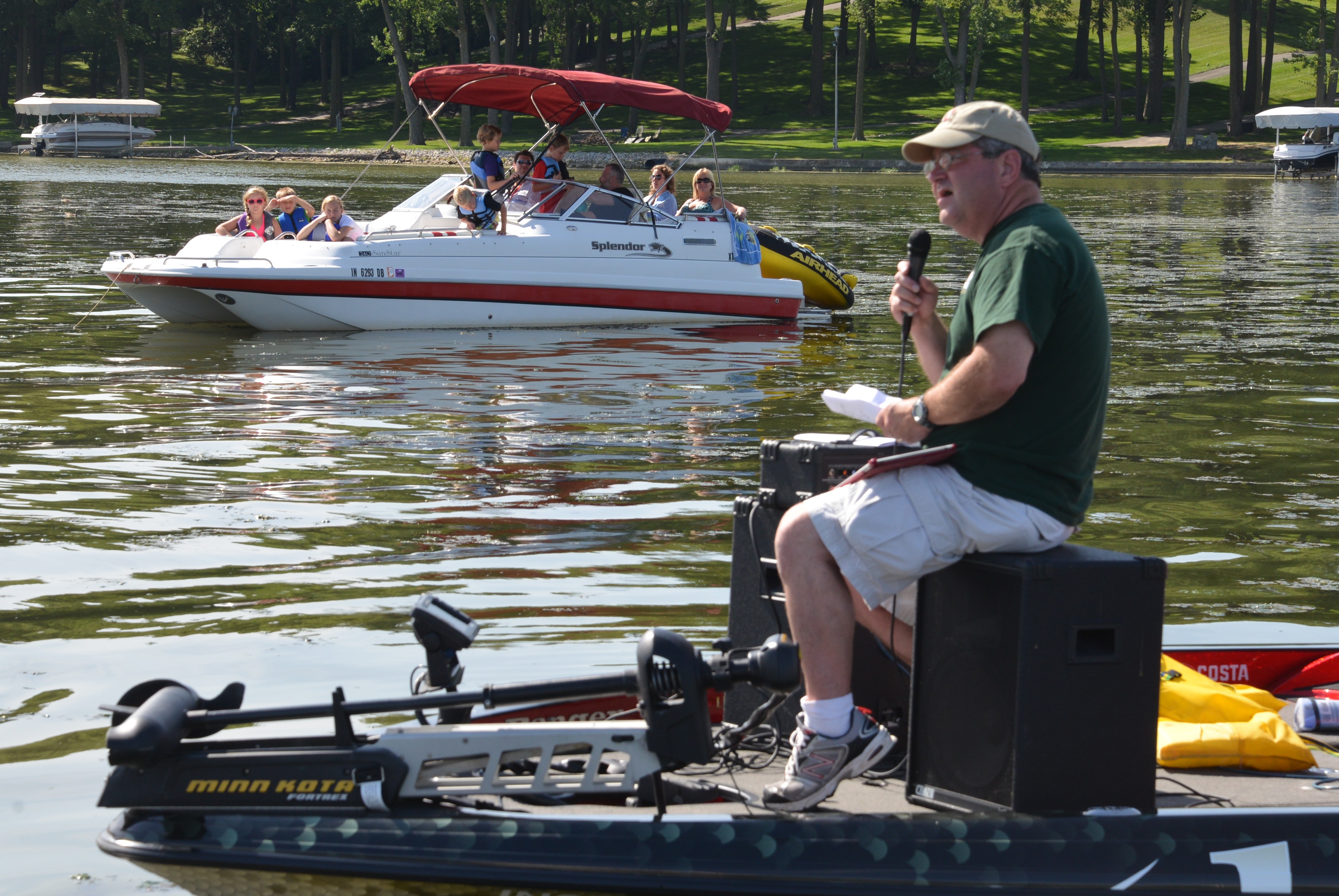 And when they climbed into the boat, the wind died down. Then those who were in the boat worshiped him, saying, “Truly you are the Son of God.” -Matthew 14: 32-33

Geist Reservoir and the Sea of Galilee are a world apart. But for Reverend Russell Allanson, the concept is the same – worshiping the Lord from a boat on the water. For the last two months, Rev. Allanson has led a late Saturday afternoon church service – on the water – from a boat near the Fall Creek Road bridge. The inspiration for what he calls Worship on the Water was simple. “There is a deep desire to share the good news of Jesus Christ in every way possible,” says Allanson, Lead Pastor and Founder of The Promise Church at 12648 E. 116th St., Fishers.

That inspiration, however, didn’t come to the pastor himself. Rusty (as he is known) credits the idea to two of his church members: Steve Ramos and Wade Walker. “They began to ask what could be done to reach others who had boats but not any church affiliation,” said Allanson, and Worship on the Water was born.

“At the first Worship on the Water, Pastor Rusty told us that it was befitting to have a service on the water,” explained Ramos, “because many of the stories of Jesus were either on the water or near it. Pretty cool.”

Every Saturday at 5 p.m., those wishing to join the service gather their boats and anchor in a shallow area near the bridge. Music is part of the service, with familiar hymns sung at the beginning and end. They haven’t quite worked out the logistics of communion, so that will come later. So far, attendance has reached 59 people in its best week. “We’ve also had a number of persons interrupt their walking across the bridge to listen,” said Allanson.

Pastor Rusty says Worship on the Water will continue at least through the end of August. An evaluation will be made at that time about continuing this season, but he does plan for a full launch again early next summer.