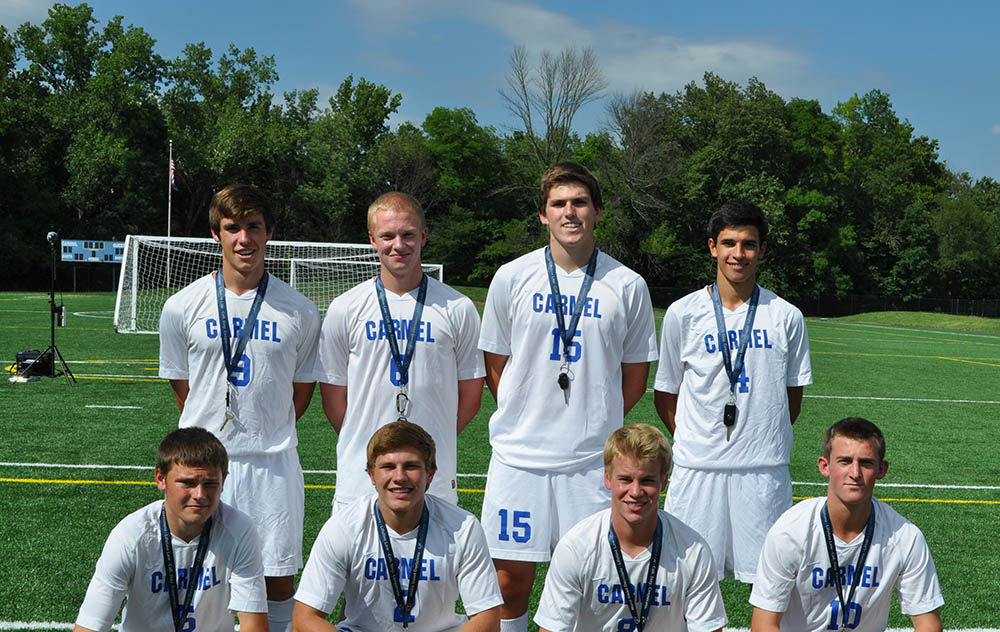 This season is especially important to the seniors on the Carmel High School soccer team. They are the remaining team members who actually knew and competed with teammate Brett Finbloom before his tragic death. The team anticipates a packed house during the Make Good Decisions/Brett Finbloom Memorial Soccer Game on Sept. 5, 7:30 p.m. at Murray Stadium.

The game is expected to be exciting as two highly ranked teams come together. But the mission for the game is much more important than who scores the most goals by game’s end. The team will also try to prevent history from repeating itself. That can only happen if the message to “Make Good Decisions” is received by as many of our youth as the stadium will hold.

PJ Gibson is one the seniors who knew Brett.

“I was a freshman when he was a senior. I looked up to him and his death was shocking to me. As seniors this year, we have to honor his memory by raising awareness of the Indiana Lifeline Law,” Gibson said.

The Indiana Lifeline Law provides legal protection to anyone who calls 911 to assist intoxicated people; minors included. Gibson is heading up the planning and organizing to make sure the game encourages teens to Make Good Decisions by utilizing the law and dialing 911.

Lanyards, sweat bands, bracelets and banners will all proclaim the message: Make A Good Decision. Call 911, Stay, Cooperate, Save a Life. If every seat was filled with a CHS student, open to the message, PJ believes the evening will have been a success.

Brett’s parents, Norm and Dawn Finbloom will be at the game and intend to provide a message to students and parents about Good Decisions and the Indiana Lifeline Law. Senator Jim Merritt, the sponsor of the bill which is now law, will also be in attendance at halftime to speak. Mayor Brainard, Indy Eleven players and Mrs. Indiana are also turning out to show their support.

This isn’t just an issue which hits home at the high school level. News reports last year document college students lost to alcohol abuse, in some cases, due to not receiving help before it was too late. Everyone reading this column should think seriously about encouraging a friend to attend the Sept. 5 event. That is one way to make sure there are no more memorial games in Carmel. Good day, Carmel!