You are at:Home»Current in Carmel»Carmel Community»Carmel native Bebo wins bronze 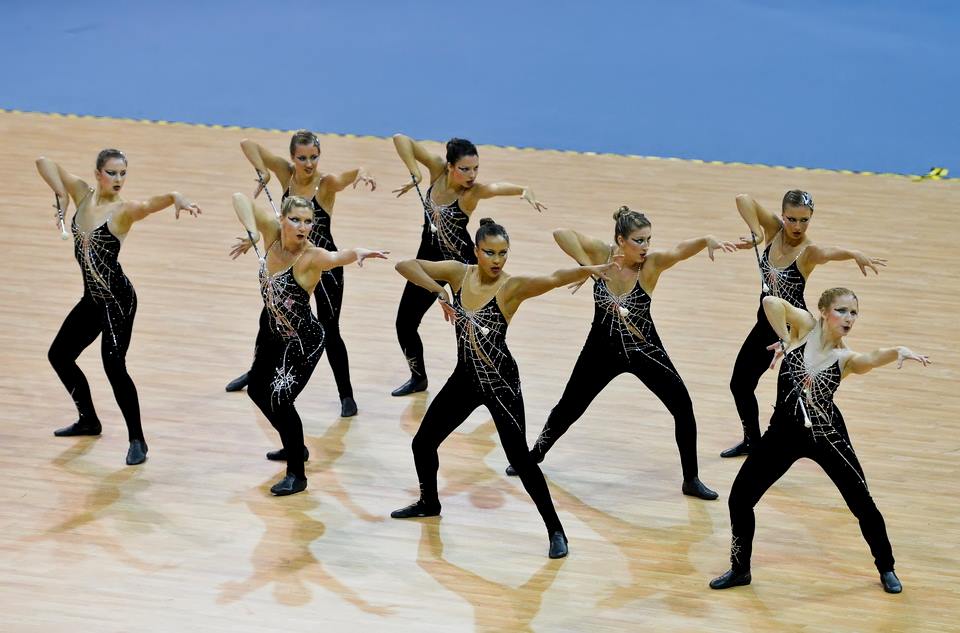 Members of the USA team competed in Nottingham, England earlier this month.

Team USA won medals in four events at the 2014 World Baton Twirling Championships, – the twirling equivalent of the Olympic Games – held from Aug. 6 to Aug. 10 in Nottingham, England. Among the winners was Carmel native Adaline Bebo, who took home a bronze medal.

“The members of Team USA did an outstanding job at the World Championships,” said John Chamberlain, president of the United States Twirling Association, which selects Team USA. “These elite athletes have dedicated much of their lives to the sport of baton twirling and they represented the United States very well. We are extremely proud of each and every one of them.”

More than 250 of the best baton twirlers from around the world competed in the championships, which are sponsored by the World Baton Twirling Federation. WBTF President Sandi Wiemers said the competition was fierce.

“The athletes competing in the 2014 World Championships set new standards for excellence,” said Wiemers. “The Senior Men’s Gold Medalist, Keisuke Komada of Japan, received perfect 10s from every judge for his flawless performances in both the Semi-Final and Final rounds of competition. The bar has been raised and our sport will never be the same.”