You are at:Home»Current in Carmel»Carmel Community»Special Olympics Indiana Plane Pull 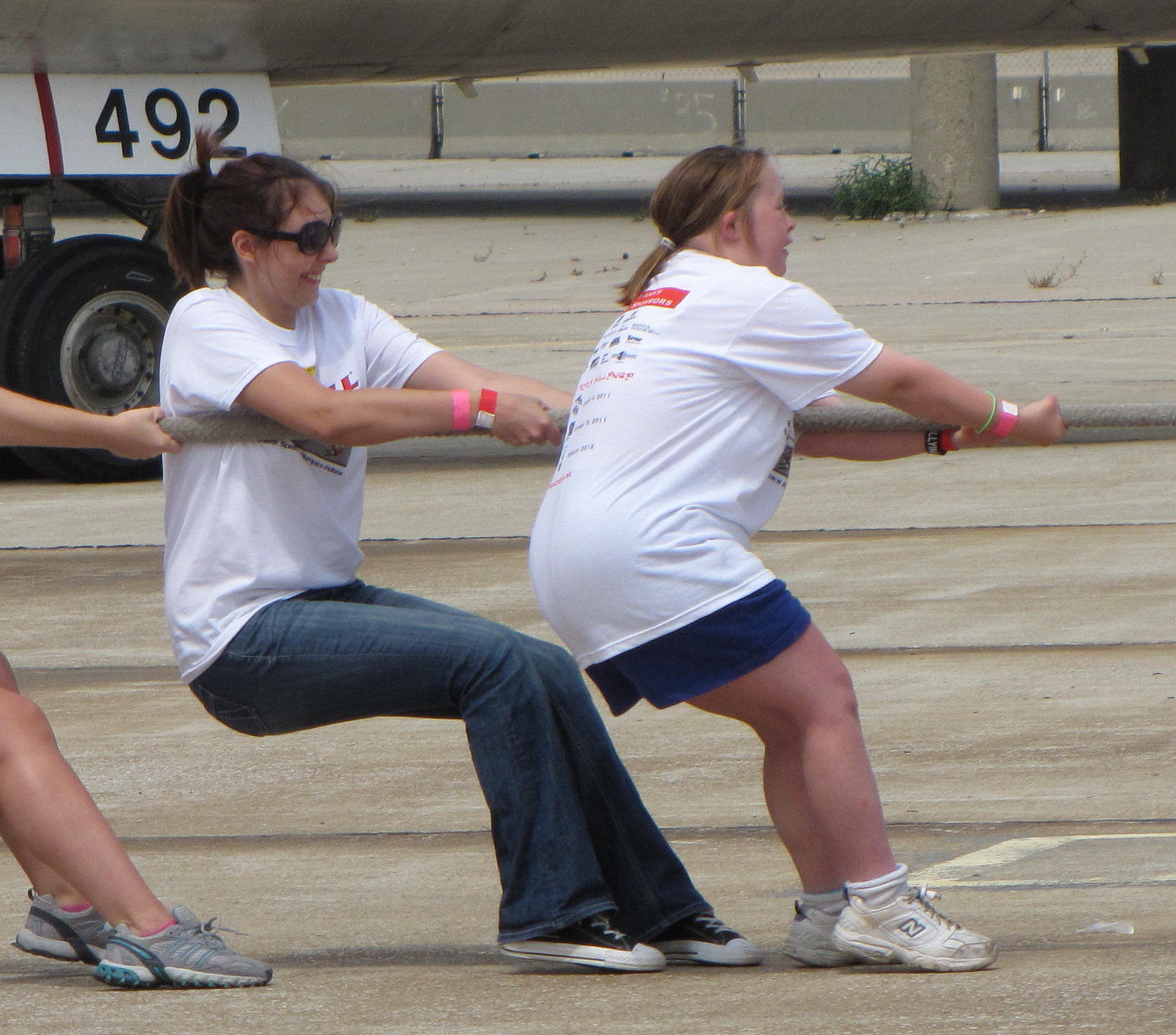 Kylene Webber, a 34-year-old resident of Carmel and 2000 graduate of Carmel High School, blossoms in Special Olympics and her father, Al Webber, is very proud. Next to her princess bed and her collection of every Holiday Barbie, hangs a wall full of gold, sliver, and bronze medals that any athlete would be envious of. She’s been participating in Special Olympics Indiana for the last 25 years. She enjoys golf, speed walking, bowling, and basketball, just to name a few.

Several years ago a young woman from Australia named Madi Webb, came to stay with the Webber’s for a couple months and experience life in America. She decided to stay for college and now Kylene and her ‘Aussie Sister’ Madi love participating in Special Olympic unified events. Unified events are when teams of competitors consist of Special Olympic Athletes, as well as non-athletes such as Madi. They are well known in the Special Olympics Indiana community as the “Webb’ers” given the similarities in their last names.

Perhaps one of the most interesting events Kylene has participated in is the FedEx Plane Pull Challenge at the Indianapolis International Airport. Al Webber points out that this event originated with Special Olypics Indiana, but has since been picked up by other Special Olympics around the country, probably because it’s so much fun and draws growing numbers of people each year.
In 2011 Kylene and Madi were on not one, but two winning teams pulling a 757 jumbo jet 12 feet in 6.9 seconds. According to Kylene its really not that hard and a lot of fun. The FedEx Plane Pull Challenge raises money and awareness to benefit Special Olympics of Indiana. This year it takes place on Saturday, Sept. 6. Admission is free and open to the public. There’s plenty of fun and community. Teams not only participate to see who can pull the fasted but there are also fun categories like Best Team Costume, Most Team Spirit, and Top Fundraiser.