You are at:Home»Current in Carmel»Carmel Community»Amateur Hour ready to roll 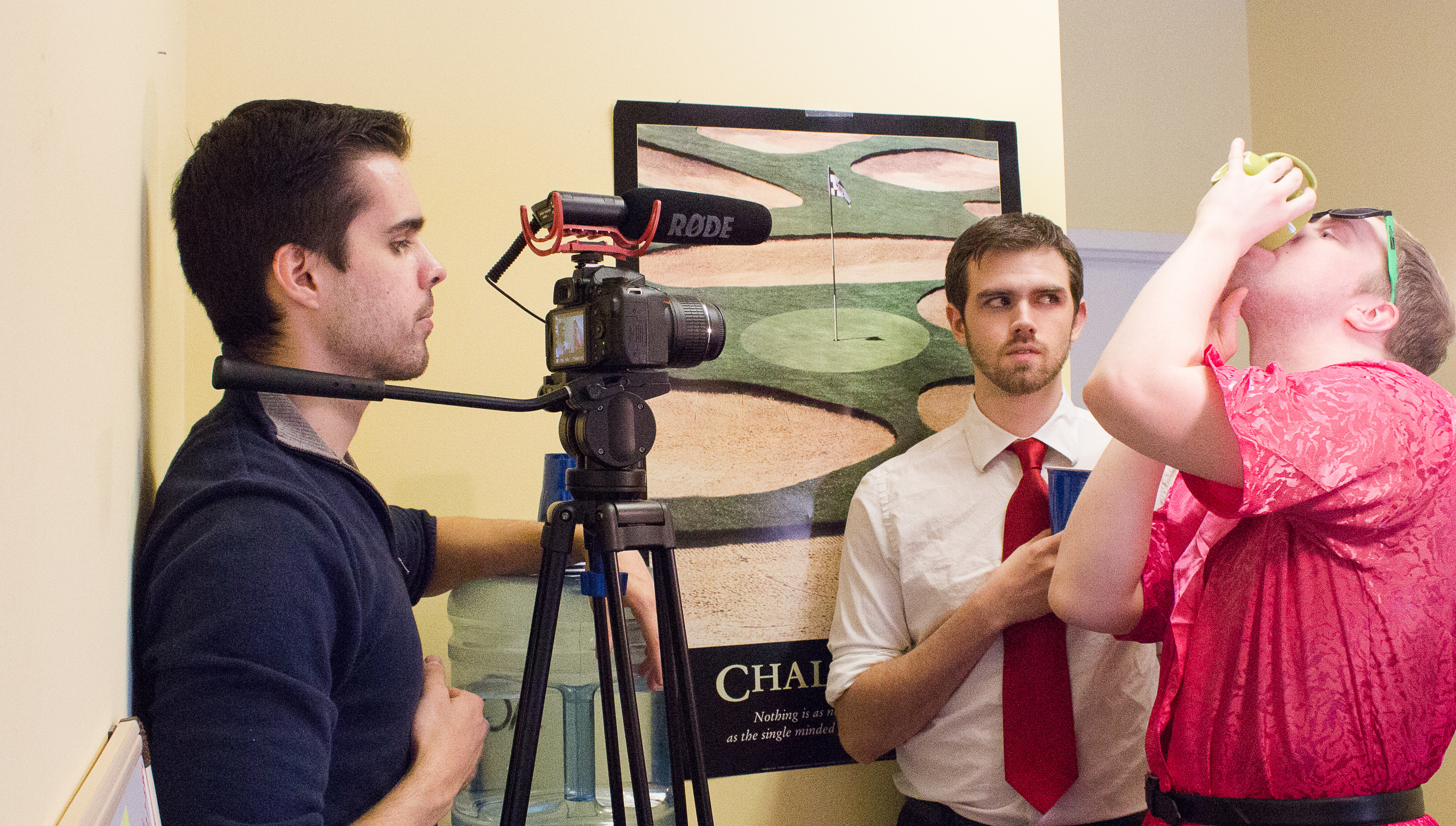 Amateur Hour Productions, a new company run by recent Indiana college graduates, is getting its name out there with short films on YouTube as well as an upcoming website designed to bring together other amateur filmmakers.

The rest of the team consists of Henry Yeager, Caolan Breen, Ben Evenson, Chris Reigle, and Gus McKinney. They have been producing short films on YouTube together for the past couple months with a repertoire that so far includes comedy sketches, movie reviews, and entertainment news analysis.

“When we are creating a short film or YouTube segment, we usually start by writing and storyboarding. Then we figure out locations and actors and start shooting,” Stroup said. “We are typically pretty relaxed on set because we all know our roles and it helps us feed off each other. After it’s all been filmed, we edit it and then we have a final product.”

The group is looking to expand its craft and offer opportunities to fellow filmmakers with its new website, which will launch in the fall. Stroup was doing research into techniques and homemade equipment to improve his films and found himself wanting a one-stop film resource website from which he and other fans of the work could benefit.

“The website is a massive undertaking. It’s going to have everything: articles, reviews, a podcast, instructional videos, and most importantly a film contest every other month,” Stroup said.

Unofficial leader of the group meetings, Stroup also has roles in Amateur Hour as director, editor, and cinematographer. He acts when additional players are needed for a film, but his preferred work is behind the camera.

“I would have to say directing and editing are my favorite things to do,” Stroup said. “I love watching the movie slowly take shape and piecing it together into its final form.”

Film fans looking to find out more can find the group on Facebook and Reddit in addition to YouTube. Those with a love of performing in front of a camera or running one especially should keep an eye out for the Amateur Hour Productions website in the coming months.