You are at:Home»Current in Carmel»Carmel Community»Twirling her way to England 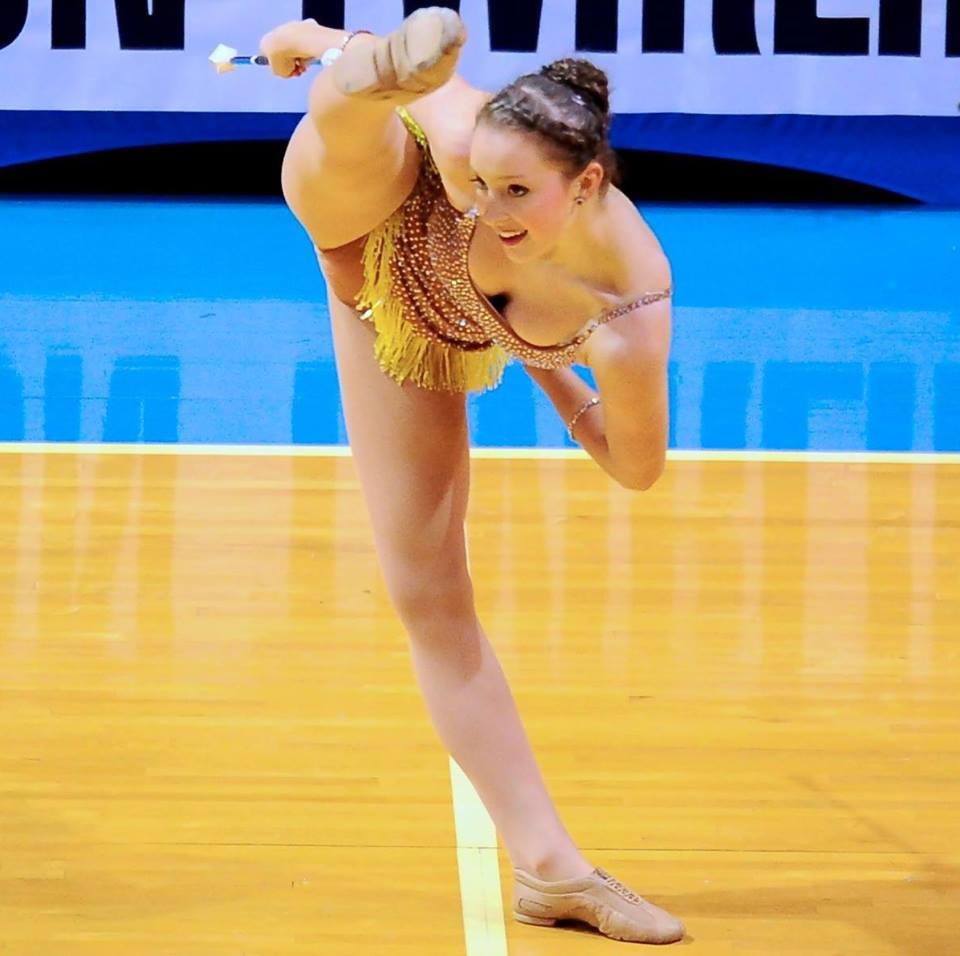 Carmel twirler Adaline Bebo has been selected to represent the United States in the 32nd World Baton Twirling Championships this week in Nottingham, England.

At that competition, the best baton twirlers from around the world will compete for gold, silver and bronze medals in the twirling equivalent of the Olympic Games.

“Being on Team USA is so empowering and has given me such confidence in my abilities as an elite level baton twirler because it gives me the opportunity to work beside the best athletes that the sport has to offer,” Bebo said. “It really is an honor to be recognized among them and I really look forward to performing my routines for the audience in England and pursuing the gold medal.”

Bebo earned a spot on Team USA by taking fourth place in the final round of the U.S. Trials, which was held July 7 in Stockton, California, during the U.S. National Baton Twirling Championships. It was here that Bebo took top honors in the 17-year-old solo division, 17-year-old dance twirl division, and the senior dance twirl semi finals.

Bebo will be participating in her second World Championships.

“Team USA has a great mix of veteran competitors and fresh talent this year,” said John Chamberlain, president of the United States Twirling Association, which selects the athletes for Team USA. “They are gifted athletes, who train with the dedication and determination of Olympians and we are excited to cheer them on as they go for the gold at the World Baton Twirling Championships.”

Team USA will represent the U.S. in men’s and women’s individual events, pairs and team events. Bebo will compete in the senior women’s division and the team division.

“Twirling is an aerobic sport that combines athleticism with artistry,” said Chamberlain. “A top twirler must develop many of the same skills as athletes in other sports, such as the speed of a sprinter, the hand-eye coordination of a hockey player, the technique of a ballet dancer and the flexibility and power of a gymnast.”

Bebo is a junior at Carmel High School where she is a member of National Honor Society and twirls with the CHS Marching Band, a 2012 Bands of America Grand National Champion.

“I can’t wait to watch all of the creativity and inspiration that other athletes pour into their routines and bring to the World Championships,” she said. “I also love to see old and new friends from other countries, and it really is exciting to sign autographs for all of the fans and young twirlers.”