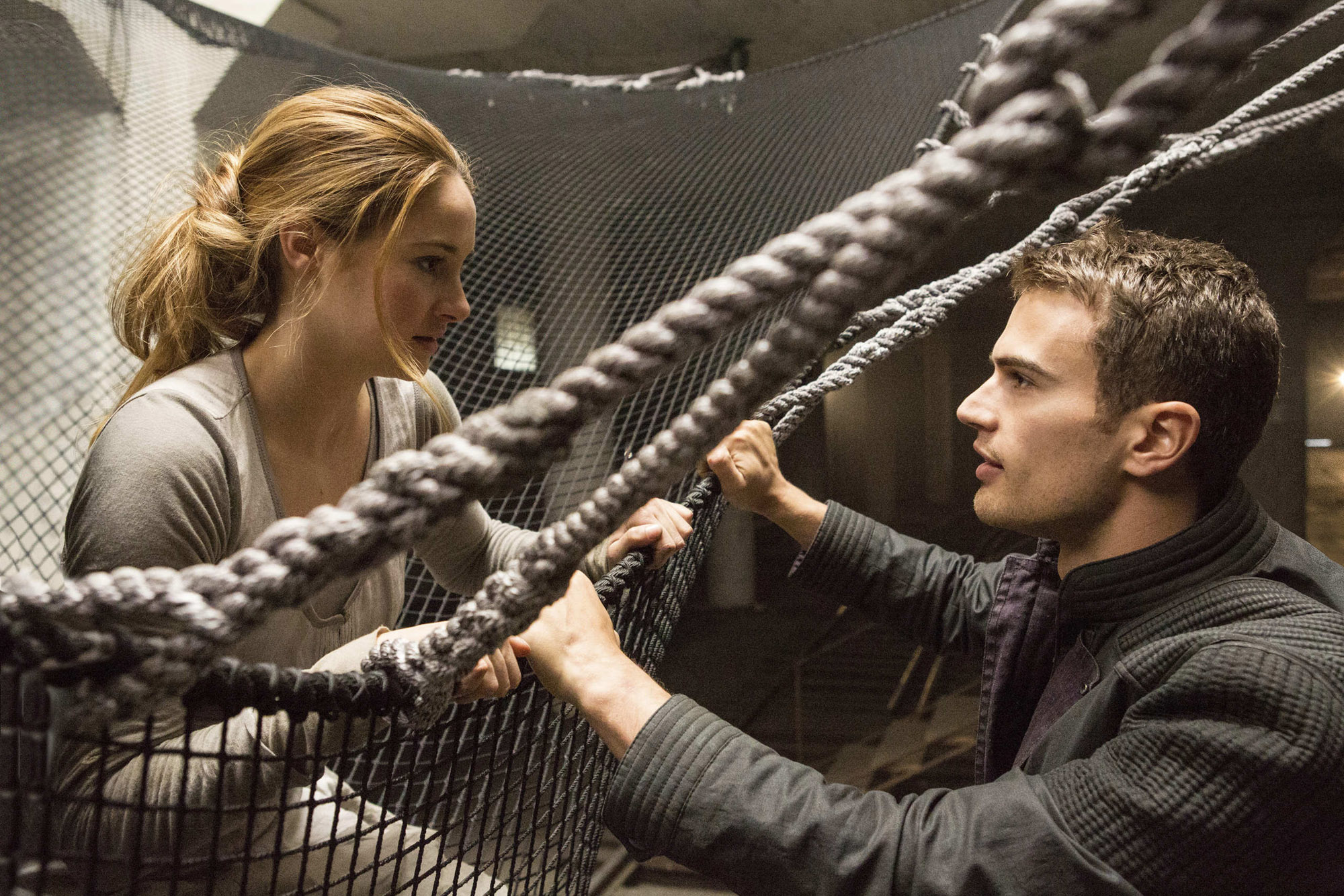 It may be too reminiscent of “The Hunger Games” for its own good, but “Divergent” is the superior young-adult story, with a feel of fun and danger missing from that other, pompous franchise.

Given a choice between me-me-me District 12 girl Katniss Everdeen and Tris, the wallflower-turned-badass of the Dauntless tribe, give me Shailene Woodley any day.

Woodley plays Beatrice, a member of the selfless Abnegation faction in a dystopian future where America is split up into different vocations. Every young person is tested to see which one they’ll best serve, but the final choice is up to them.

Tris, as she renames herself, proves equally adept at three factions, thus rendering her a rebel Divergent whose life is in peril. She is advised to keep this a secret, and disappoints her parents by choosing to join the warrior tribe instead of sticking with the family.

There she is put through her paces, and learns the ways of combat with the help of her hunky instructor-cum-love-interest, Four (Theo James). Alas, other Dauntless are not so welcoming, and war appears to be on the verge of breaking out between the different factions, with Kate Winslet as the silky/steely intellectual leader behind it all.

It’s overlong at 139 minutes, but “Divergent” comes out as the victor in the YA fiction games.