You are at:Home»Current in Fishers»Culver’s opens in Fishers 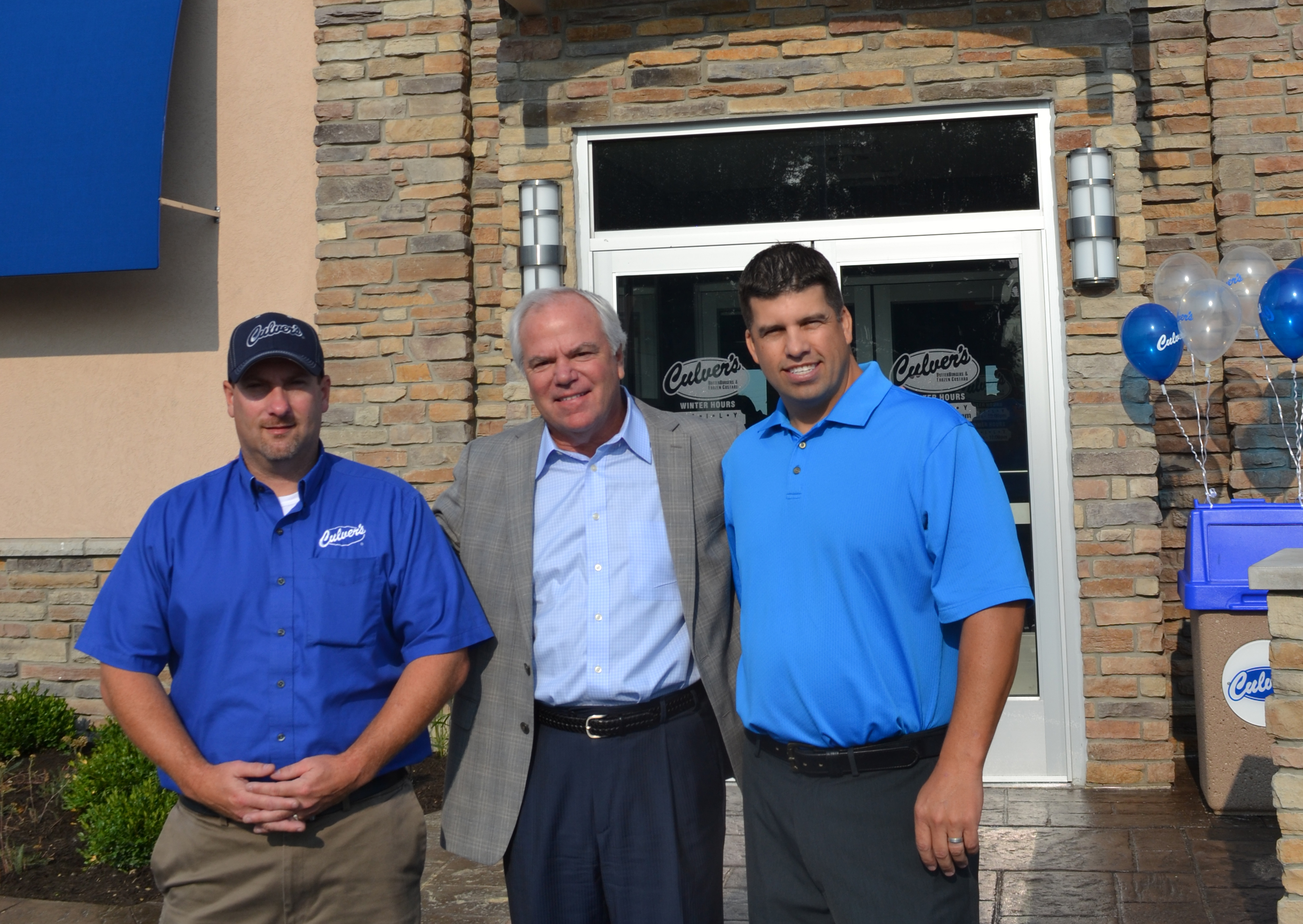 Craig Culver, (center) founder and CEO of Culvers with Neil Miller (left) and Jeff Meyer, co-owners of the new location on Olio Road in Fishers. (Photo by Ann Craig-Cinnamon)

For all you Butterburger fans, there’s a new Culver’s in town. President and CEO Craig Culver was present for the official ribbon cutting on July 29 at the newest location at 13691 Olio Rd. This now makes the 36th location in Indiana and the 517th Culver’s restaurant in 23 states nationwide.

Franchise co-owner Neil Miller says he and his partner Jeff Meyer, chose Fishers because it’s such a great community.

Meyer owns four other Culver’s restaurants in the Central Indiana area, including the one on 96th Street in the Fishers area. Miller says the reaction from the community so far has been good. The restaurant offered free lunch once a week for a year for the first 50 people who showed up on opening day, July 21. Miller says 75 people were waiting in line in lawn chairs around the restaurant that morning.

Culver says his chain of restaurants stands out from others because of their service.

“Our people are what make us unique. Yes, we have unique products and high quality products but our people are truly what I think makes us unique,” he says.

The new Culver’s restaurant will be open from 10:30 a.m. until 11 p.m. every day with the exception of a few holidays. The restaurant employs 60 people. Culver’s was founded in 1984.