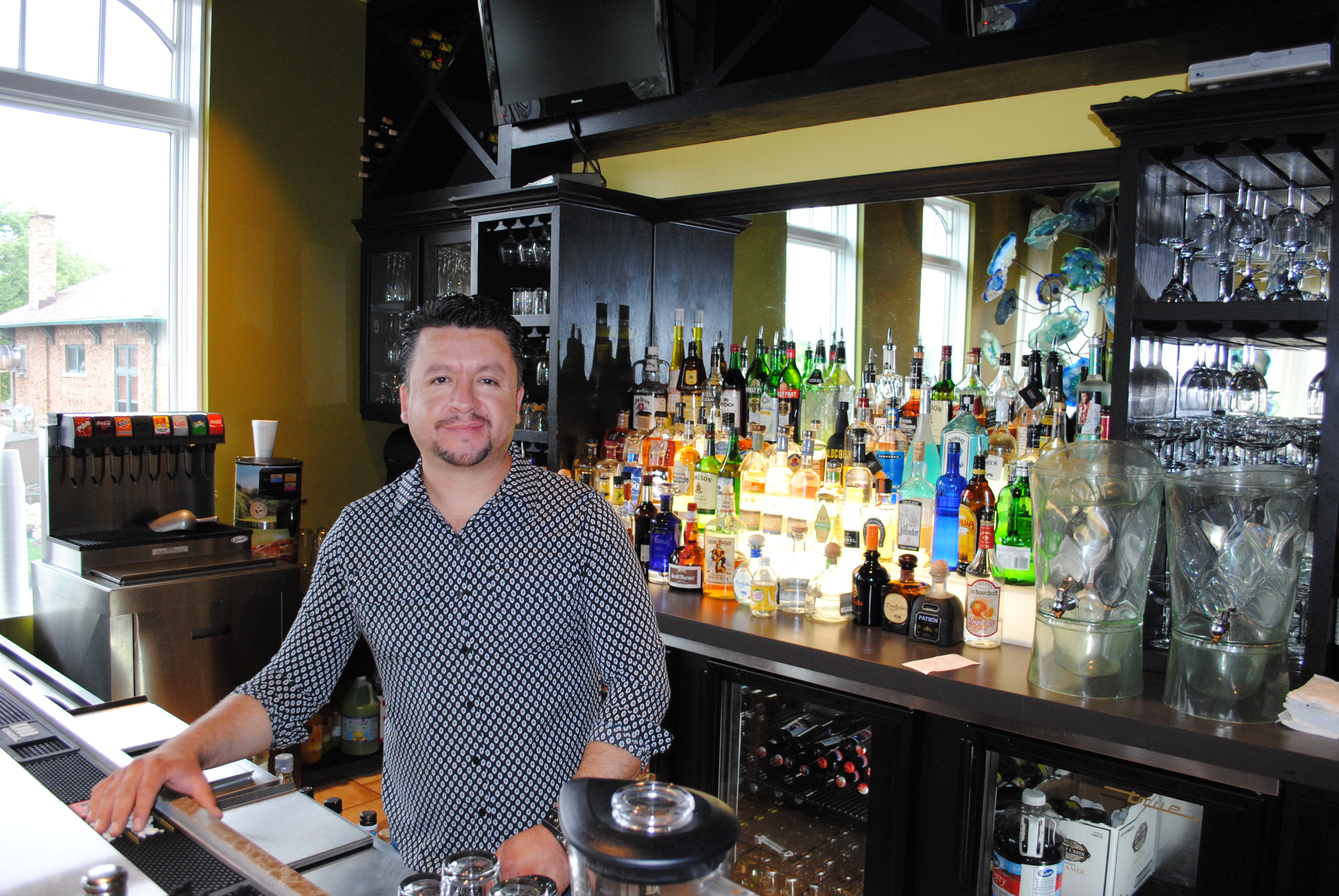 Owner of Agave, Alejandro Hernadez, says his restaurant is “all good” now. (Photo by Zach Ross)

After several people were sent to the hospital for salmonella, Agave Bar and Grill is making a comeback.

At Agave Bar and Grill on East Main Street in Carmel, diners have been getting more than what they paid for. Beyond servings of enchiladas and chile rellenos, at least seven people have reported walking away with salmonella.

Beard said that critical violations are what could lead to food contamination, and illnesses such as salmonella. Beard would not confirm how many people were sent to the hospital as a result of salmonella from Agave.

A female diner, who wishes to remain anonymous, contacted Current in Carmel and said that she knows of at least seven people who were diagnosed with salmonella after eating at Agave this month. The owner of Agave, Alejandro Hernandez, said he is not sure how many people there were exactly.

Several of the critical violations from this month include: lacking a certified food handler or manager, having raw chicken and beef left out at room temperature, employees not wearing hair restraints, having freezers soiled with debris, and storing raw eggs near cooked meats.

Inspector Amy Ballman noted that on July 14, the raw eggs were moved to another shelf and this error was corrected.

She also noted that she “observed an employee wiping gloved hands with wiping cloth stored on the counter,” another critical violation that could lead to foodborne illnesses.

Further, the report states that hot water is not being provided for employees to wash their hands with. Hernandez told Ballman that he has “spoken with the owner of the building about the lack of hot water,” and that the hot water heater is too small to keep up with the need.  He said he is in contact with the fire marshal to get permission to place an additional hot water heater on the second floor.

‘Everything is good now’

Hernandez said that as of July 22, all of the health code violations have been fixed.

“Everything is good now,” he said. “We have no idea how many people got the salmonella but now the health department thinks it might have been coming from the companies we buy our foods from.”

“We get our foods from eight or nine companies so we don’t know which companies gave the salmonella,” Hernandez said. “[Ballman] told us she was going to start an investigation about those companies. And this is really getting big now because I gave her all our invoices and showed her what foods we bought.”

He continued: “And the truth is that the problem is fixed. Even I am thinking of making a video for people to see how we make the foods to show that we are really clean now. We are still busy every day, and the health department is not going to close us. But people need to know the truths. We had a small problem but it’s probably from these companies, but now we are ok. We are ok.”

Restaurant inspections in Carmel are completed one to four times per year at individual restaurants, and the health department uses a risk-based assessment technique. That means that restaurants are scored on a basis of critical and non-critical violations.

As for the critical violations, those mainly consisted of a slight food product temperature error or lack of beard restraints, as was the case with Agave.

“Inspections are a snapshot of the operation of the facility at the time of the inspection,” said Jason LeMaster, Director of Environmental Health for the health department. “And when not undergoing a health inspection, it is the responsibility of the facility owner, management and staff to maintain compliance with the food safety requirements.”