You are at:Home»Current in Carmel»Carmel Community»Pizzology, Greek’s opening in the Village 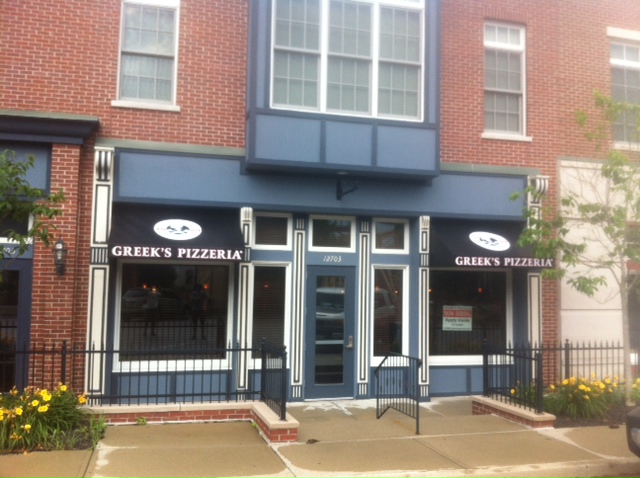 Greek’s Pizzeria is preparing to open next month at the old Chappies space in the Village of West Clay. (Submitted photo)

Carmel residents can prepare their taste buds for more pizza options, when Pizzology and Greek’s Pizzeria open in the Village of West Clay later this year.

Greek’s Pizzeria in Carmel owner Josh Trisler serves up hot slices of pie at the Greek’s Carmel Arts store, Greek’s at Klipsch Theater, inside a food truck, and soon at a new Village of West Clay spot.

Trisler confirmed to Current in Carmel that his newest venture is happening soon.

“We have been doing work at the former Chappies space,” Trisler stated in an e-mail to Current in Carmel.

Greek’s is expected to open on Aug. 1, however Trisler said the remodeling needs to be completed before the doors open.

“No reconstruction, we are just doing a remodel,” he stated.

Last month, Current in Carmel reported that Pizzology would likely open in the Village of West Clay. After opening a successful pizza and pub locale on Mass Ave in downtown Indianapolis earlier this year, Pizzology + Pub owner Neal Brown said he can now confirm that Pizzology is coming to West Carmel.

“We are very excited to be bringing Pizzology to West Carmel. The neighborhood has been incredibly enthusiastic. We like the idea of being a neighborhood gathering place much like we are in Carmel and increasingly on Mass Ave.,” Brown said, “It’s fun to see people walk in to Pizzology and randomly see someone that they know from the neighborhood, or from their kid’s schools. It makes us feel like we are part of the fabric of these communities, which is exactly what we want to achieve with each location.”

The Village of West Clay location is the third Pizzology spot in Indiana. Brown said construction is set to begin immediately, with a projected opening in late September.

The West Clay Pizzology will be similar in size to the original location on Hazel Dell Parkway, and Brown said he the hopes to serve not only the Village of West Clay but the Zionsville community as well.

Brown will hire more than 30 new employees, as part of the kitchen and serving staffs.

“The idea,” Brown said, “is to entice diners to visit the different locations based on what each chef has prepared that day. One Pizzology may feature a plate of gnocchi while another features a seasonal, fresh ravioli and so forth, giving diners unique options.”