You are at:Home»Current in Carmel»Carmel Community»Hamilton County Habitat for Humanity picks up steam 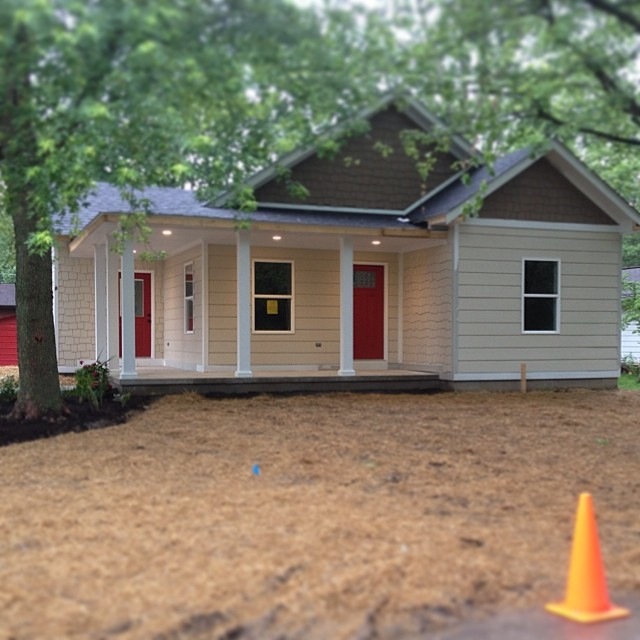 When it comes to the growth of the Hamilton County Habitat for Humanity chapter, it isn’t just the number of homes built or rehabbed – 66 since the local arm was founded in 1990 and another 89 globally – but lives touched.

“This is an opportunity that we have to serve our families in our county that need us. It’s a blessing to be part of this organization and see it grow and flourish as it has,” Rhett Cecil, chapter CEO said. “We cannot do this without people, without land, without the community’s financial support and their willingness to jump in. reaches with us – tough work by many hands that make it a lighter load to handle.”

Cecil joined the group in 2010 – a time he said, when the chapter was “in a bit of dire straits to be honest.”

“We had no land, one partner family and enough money for about 41 days,” he said. “We had not built a home in a while – maybe two or three years.”

That was then. Fast forward to 2014 and the group is not only working on its 12th home in four years, but also has rejuvenated the Women Build concept and opened ReStore – a 2,500-square-foot facility where anything used in a home, from appliances to cabinets which can be donated and, in turn, bought by the general public at a greatly reduced cost.

“Think Goodwill meets Lowe’s meets Godby’s,” Cecil said. “A lot of the times you may not want stuff like old cabinets sitting in your garage. We will come and pick it up and it’s tax deductible. There are a lot of people in our county and surrounding counties that can’t afford to go to Lowes for new kitchen cabinets but they can come to ReStore. We reuse and repurpose and sell it to generate revenue to build more houses.”

This year enough money was raised through ReStore to build a home – and it kept 100,000 pounds of reusable material out of the landfill, Cecil said.

The Hamilton County Habitat for Humanity chapter has also instituted the Brush with Kindness program.

“There are people in our community who need help with, let’s say, siding coming off their house and they can’t afford the work but we will do it if they qualify financially,” Cecil said. “We can’t just be about building habitat houses. I truly believe Habitat needs to build stronger, more vibrant neighborhoods otherwise we are not addressing all the needs and not fulfilling our mission and our ministry.”

Another program – Apostles Build – brings 12 churches together to build a house in a little less than 10 weeks. The first ever build is going on in Noblesville currently, Cecil said.

The chapter continues to grow with the search for two AmeriCorps positions to work with the chapter through Aug. 2015. One – a volunteer engagement coordinator – will continue to help “beef up” volunteer opportunities. The other – a construction assistant – will be charged with working on the grounds during builds and also taking the reins of the Brush with Kindness program.

“Hamilton County is a very wealthy area with resources but there are people here with a lot of need as well,” Cecil said. “There is a dramatic need and call for organizations like Habitat that are willing to go out and help fellow Hamilton County citizens and engage our community.”

For more information on the Hamilton County Habitat for Humanity chapter, visit http://www.habitathamiltoncounty.org/.