You are at:Home»Current in Fishers»Camp Riley provides fun for Fishers kids 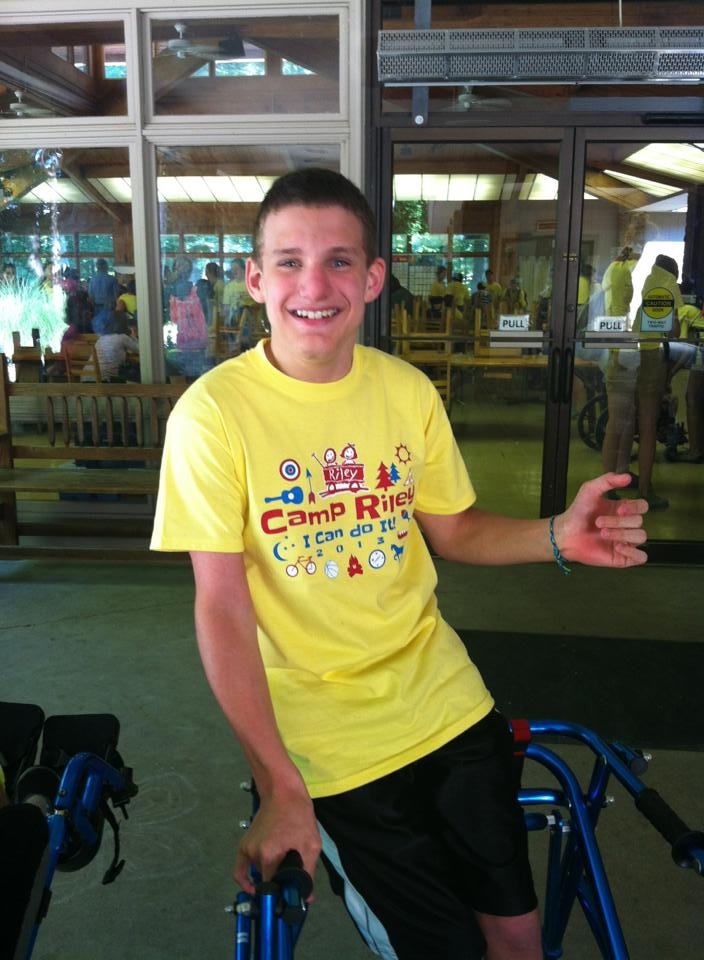 Special needs children in Fishers are being given the opportunity to play and grow this summer at Camp Riley.

Children with disabilities are able to attend Camp Riley. It is part of Riley Hospital for Children and the activities are customized to meet each child’s individual needs and abilities.

“It’s hard trusting people that you don’t know with your child, especially in an environment that you don’t know,” Ettinger said. “However, at the camp, they are staffed with such talented people that they make everything adaptable for the children. I am just in awe of what the staff can do and how they have set things up for the kids.”

Ettinger’s twins, Trey and Blake, 15, have Cerebral Palsy. The boys love going to Camp Riley because they are able to do activities they normally would not be able to do such as climbing “Cardiac Hill,” swimming in a lake, and horseback riding.

“They love going to camp,” she said. “They look forward to it. They can’t wait to get rid of mom and have a week or two to themselves with friends and camp counselors and doing fun activities.”

Camp Riley assists special needs children in developing skills that allow them to become more independent. It empowers them by increasing their confidence to achieve without feeling limited or restricted by their disability.

Any child between the ages of eight and 18 can attend Camp Riley regardless of the family’s ability to pay. The camp runs from mid-June to the end of July.

“I have nothing but great things to say about it,” Ettinger said. “I encourage all families to check it out and to enroll their child. It’s a great opportunity for the child and the parent.”