You are at:Home»Current in Carmel»Carmel Community»Calls for 4CDC transparency won’t go away

For months, political activists have been calling for records to be released by a local nonprofit with close ties to city government. And now that some financial details have been released, they claim the reports are incomplete and – more alarmingly – doctored.

Most notable among them is a redacted payment of $100,000. Turns out this was a legal payoff to Steven Libman, the former leader of the Carmel Center for the Performing Arts who voluntarily resigned amid an affair he was having with another employee.

Those who defend the nonprofit – including Mayor Jim Brainard – say this is nothing but creating a non-story for an upcoming election.

For some time, the Constitutional Patriots, a local Tea Party group, has requested financial documents from the Carmel City Center Community Development Corporation, or 4CDC for short. They claim that the 4CDC is obligated under ordinance to open its records because it receives grants from entities of the city. Brainard disagrees and it’s a fight that has been detailed many times in the pages of the Current in Carmel. 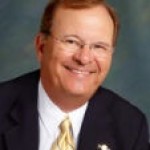 After numerous articles about the 4CDC, its president Ron Carter – also on the Carmel City Council – decided to release a stack of documents to the media. He said it showed the 4CDC has nothing to hide.

“No one from the public attended our board meeting last week in spite of the fact it was duly noticed and open to the public,” Carter said. “In fact, the person who has been a constant critic of the 4CDC and the Carmel Redevelopment Commission, Dwight Lile (of the Constitutional Patriots), has never attended one of our meetings.”

But now the questions about the 4CDC aren’t just coming from Tea Party activists, but elected officials as well. City Councilors Rick Sharp and Luci Snyder have spoken at public meetings about their skepticism of 4CDC transparency.

“Why would you think they are trying to be transparent at all?” Snyder asked. “They never are. They are forced into transparency and even then it’s not really transparent.”

Both councilors expressed disappointment that the Libman money was originally redacted from the 4CDC files, but at least gave the 4CDC the benefit of the doubt that the redaction might have been from an older file when the legal settlement had not been leaked to the media yet.

To some, this isn’t a new story. When Libman voluntarily resigned in 2011, it was later revealed in the media that the city reached a settlement with Libman to avoid any lawsuits. The terms, of course, asked for confidentiality from both sides, but Sharp and his colleagues became aware of the redacted documents and Sharp – who is currently considering a run for mayor – held a rare press conference to voice his displeasure. He said it wasn’t the city’s place to ask Libman to resign in the first place because he wasn’t an employee of the city.

“This whole chain of events is very interesting as neither the 4CDC nor the mayor had any authority with regard to Mr. Libman’s employment,” he said. “What was the 4CDC’s authority to tender this payment and why was it covered up?”

Brainard told media in the past that since public money was used to fund The Center for the Performing Arts, that the city did have a vested interest in its affairs, even if he wasn’t a city employee.

City officials have said numerous times that Libman needed to resign because there was a risk of a sexual harassment lawsuit that could cost the city millions. Snyder disagrees with that claim because no claim was filed and – again – he wasn’t an employee of the city.

Representatives of Libman told the Current that they are tired of false statements that are detrimental to the reputation of the longtime arts management expert. They say that Libman voluntarily resigned to protect the reputation of the institution he worked so hard for. In fact, Mayor Brainard praised Libman after an audit showed that he left the center in sound financial health, according to the opinion of various financial experts.

Brainard said in his statement:

As is often the case when media are involved in reporting on a story of intense local interest, the media focuses on the sensational. In this instance, there have been many news reports regarding Steven Libman and his resignation from the Center for the Performing Arts, some of which have cast a negative light on Mr. Libman and obscured or altogether ignored his pivotal role in helping to develop one of the finest performing arts centers in the country.  These reports have taken many of my comments concerning Mr. Libman out of context and also disregarded the many positive things I had to say about Mr. Libman … It is one thing to successfully operate an existing organization but a task of much greater magnitude to build an organization from nothing into a respected and nationally renowned venue within slightly over two years.  Mr. Libman worked relentlessly at that task, and as a direct result, the Center enjoyed a successful inaugural season and the foundation was laid for future success.  Few arts leaders could have accomplished the impressive results that he achieved, and for that we are grateful.   I thank Steven Libman for his hard work.

But city councilors such as Snyder and Sharp said this issue has nothing to do with Libman’s personal or professional life. It’s not a debate about whether Libman should have resigned or whether he should have been paid $100,000. They said it’s about a redacting of that money in documents that shows a lack of transparency – something Libman had nothing to do with.

Sharp said he thinks the 4CDC redacted the money because it’s embarrassing to point out that by hurting Libman’s reputation, some city leaders put themselves in a position where they could be sued, necessitating the $100,000 settlement.

Carter said the 4CDC isn’t trying to hide anything and that the provisions of the legal settlement meant that it couldn’t be released in the documents.

Dwight Lile of the Constitutional Patriots said he’s not buying it. He has stacks of documents that he has highlighted to support his case that by law the 4CDC needs to open its books. And what was recently released, he claims is altered and incomplete.

“It makes it look like they responded, but really they didn’t,” he said.

Sharp said he thought the document release was all “theatrics.”  Carter said the attacks are all “politics.”

“The concerns expressed about a lack of transparency by the 4CDC and the CRC will continue, no matter what we say or provide them with, until after next May’s primary election,” Carter said. “This constant lack of transparency theme is designed, in actuality, to cloud the progress the City of Carmel has made over the last twenty years in spite of the obstacles thrown up by those who are committed to stopping the progress of the City. The constant innuendo about malfeasance committed by very dedicated civic volunteers and the ten-year scare campaign suggesting that the city is in dire straits financially are fortunately beginning to be looked upon as what they really are, politics – plain and simple.”

Brainard agrees that there might be political motivations behind the constant requests.

“One city council member asked for the same document fourteen times last year,” Brainard said. “Sometimes it appears that asking for documents over and over again is nothing more than an attempt to take over the staff’s time so they can’t do anything else. There is nothing more these organizations can do to be transparent. It’s the most transparent development corporation in the state at this point.”

Carter is correct. Lile said he won’t stop, but he claims he’s not motivated by elections.

“If everything was released,” he said, “it wouldn’t matter who was in office.”

For more background on this issue, check out these stories: