You are at:Home»Current in Fishers»The British are coming … to Fishers 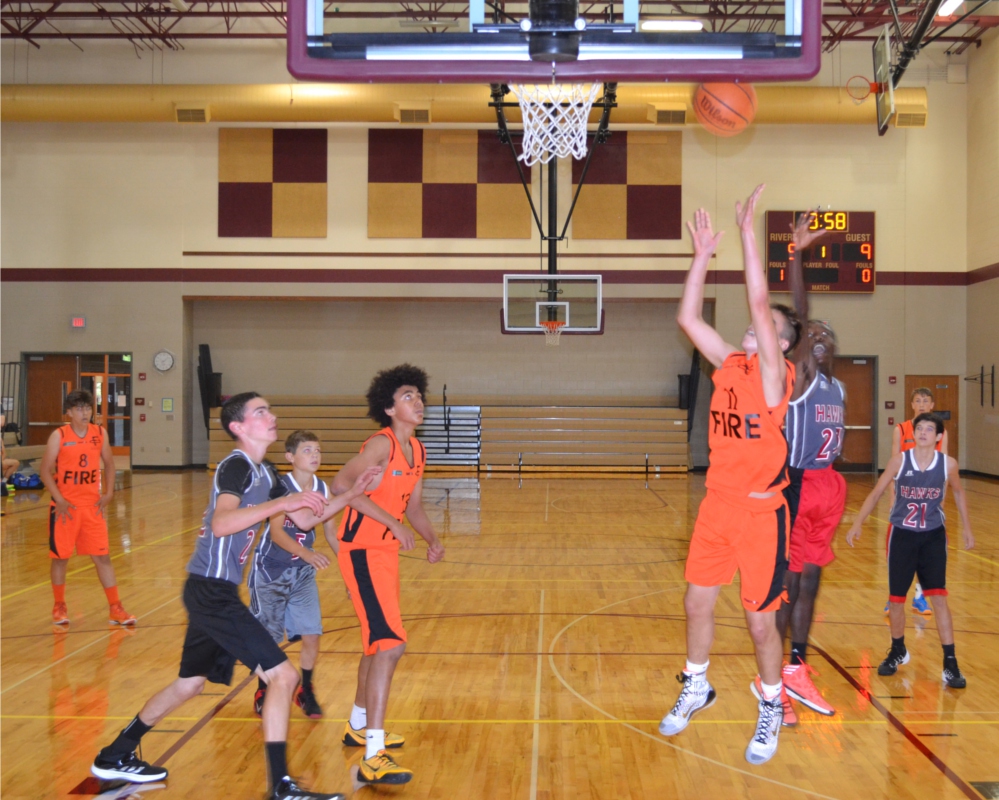 Eighth-graders from England’s Champions Academy (in orange) battle a Fishers team at Riverside Jr. High in a July 21 game. (Photo by John Cinnamon)

These British don’t wear red coats and carry muskets. They wear orange shorts and carry basketballs. The one thing they do have in common with their ancestors from 1775, however, is that they want to defeat their counterparts here in the “colonies.” These British are 18 young boys from Champions Academy, a basketball organization based just outside London near the town of Billericay, who come to Fishers (and other spots in the Midwest) almost every year to play in youth basketball tournaments and get a taste of American sports and culture.

James Potter, the director of Champions Academy, has been bringing his teams of eighth- and 10th-graders to Fishers for almost 10 years. Prior to that, Potter’s group had traveled to other parts of the U.S., mainly along the East Coast. It was during a 2005 trip to Carmel (where Potter has friends) that he became aware of Fishers and its Sister Cities relationship with Billericay, England.

“We didn’t know anything about Fishers,” said Potter. “And then we realized that Fishers was the town that our local town was connected to.” The relationship seemed like a natural fit.

Since then, the kids of Champions Academy have made Fishers a regular stop during their two-week tours of America. While visiting Indiana earlier this month, they played in the Indiana Classic Basketball Tournament at Fishers’ Best Choice Fieldhouse, as well as casual pick-up games at Riverside Jr. High and Fishers High School. They also tried their hand at baseball at Billericay Park (of course) and Footgolf at Balmoral Golf Club.

Harry Mullender, a 16-year-old who also traveled with the team to Fishers in 2012, appreciates what the locals know as “Hoosier Hysteria.”

“People are just crazy about basketball,” he said. “In England, it’s not as big a sport. But here, everyone seems to care.”