You are at:Home»Current in Westfield»Back to school: Elementary lines change this fall 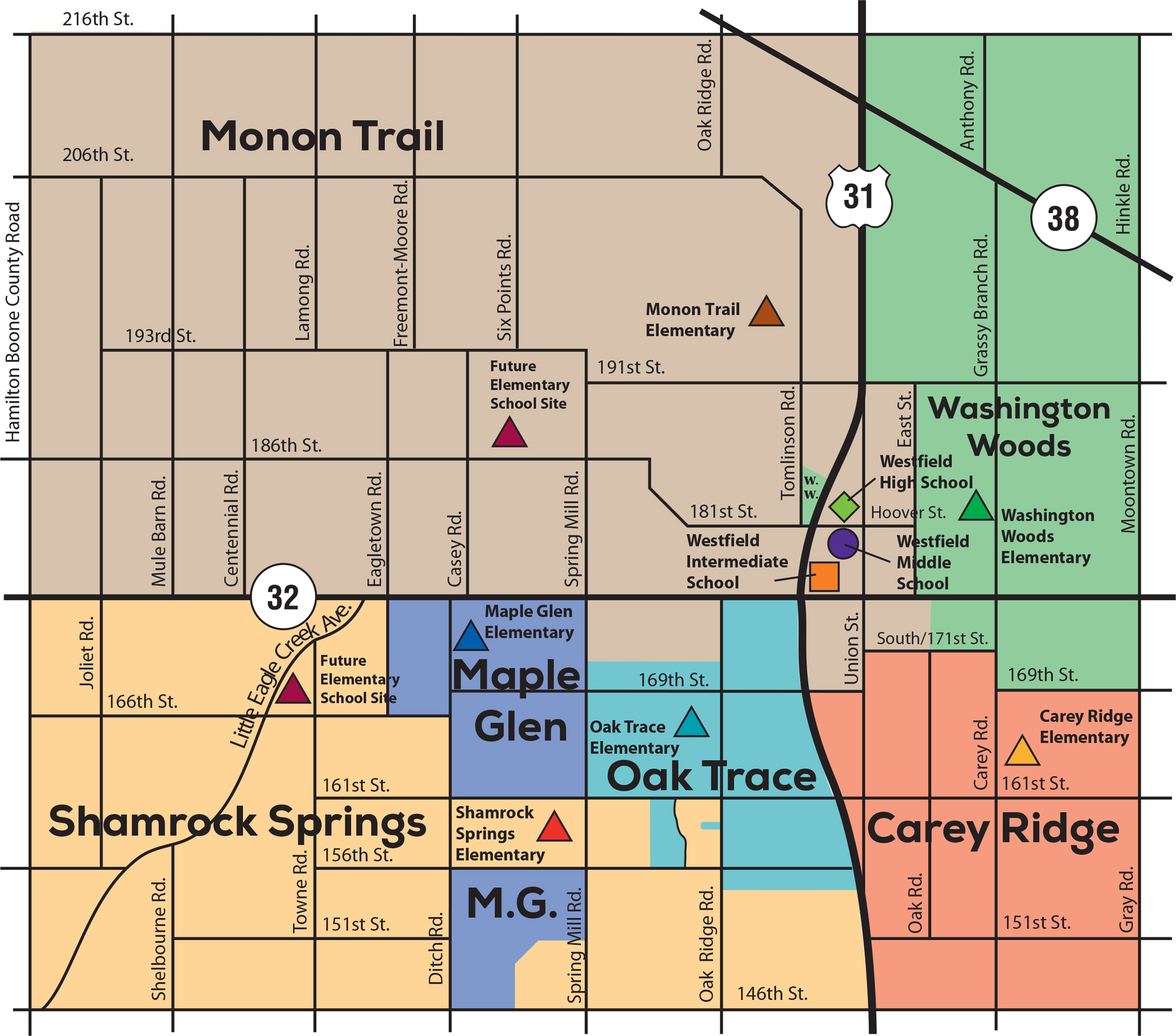 For the first time in its history, Westfield Washington Schools has redistricted based on enrollment numbers and not the opening of a new building. The redistricting, which only impacts the six elementary buildings, was approved on Feb. 11 by the school board.

The redistricting begins this school year and will affect students at the two largest elementary schools: Oak Trace and Maple Glen.

According to its details, students who reside in Springdale Farms, Village Farms, Bainbridge, Hills & Dales, Westfield Farms, Beacon Pointe and Shadow Lakes will be reassigned to Shamrock Springs Elementary. Officials said this will reduce the number of students at Oak Trace Elementary by 105 and will allow room for continued growth in the Viking Meadows neighborhood.

Other moves include: Pine Ridge, Quail Ridge and the boundary’s northwest corner to be assigned to Monon Trail; Carey Commons and the northeast corner move to Washington Woods; and the Keeneland development with no current homes will be reassigned to Maple Glen from Shamrock Springs.