You are at:Home»Current in Carmel»Carmel Community»Back to school: Carmel High School has top chess players 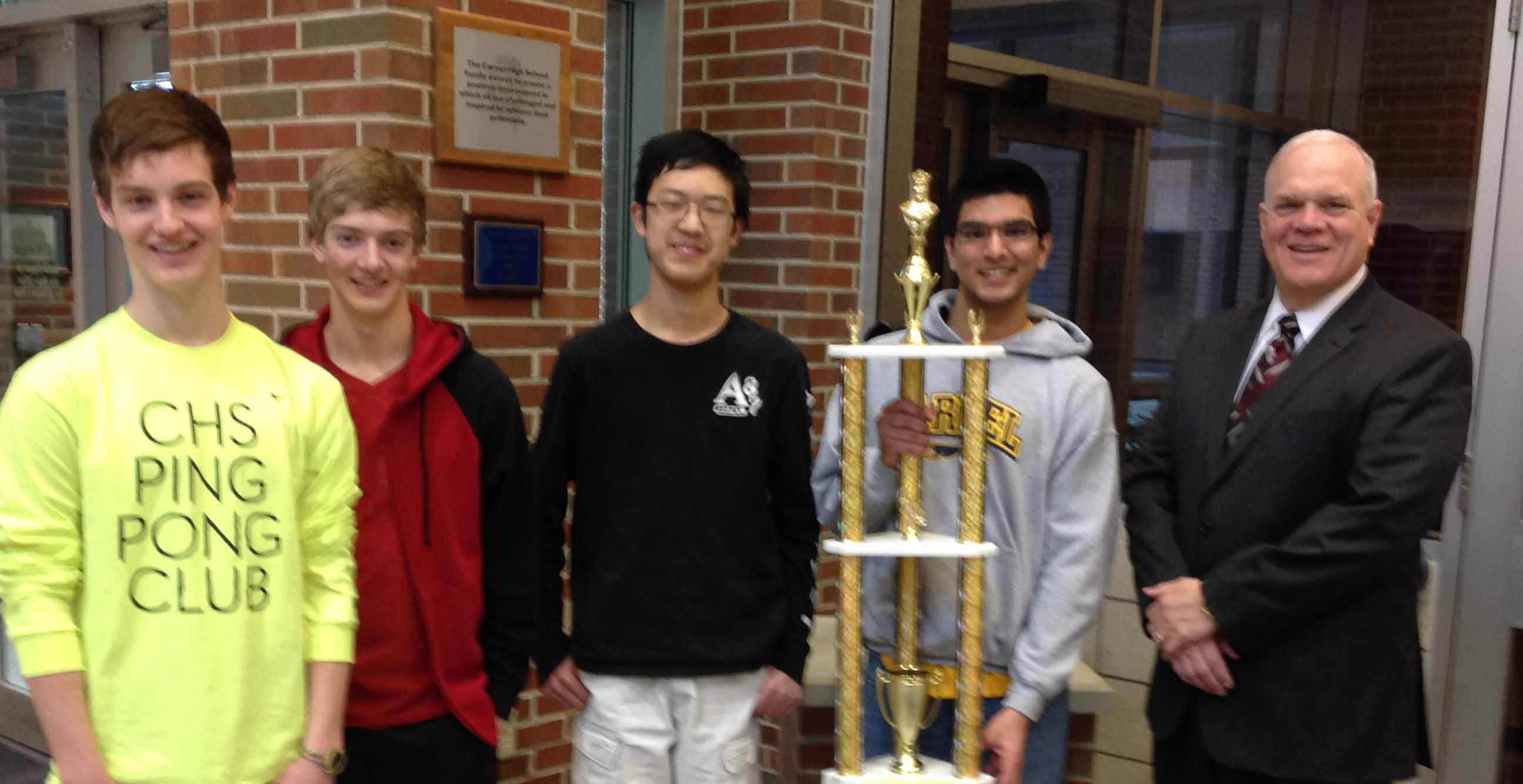 During the state competition, the chess team picked four members with one person representing each board in an order based on skill and experience. There were five rounds in the competition, and the team with the most wins or points in the end became the champion.

Although the chess club has a history of success in competitions, each member made it clear that their main goal was learning, teaching, and having fun!  “I am very proud of all these students because it’s not all about championship teams. They welcome any person into the club anytime to learn and to play,” Winans said, “I am pleased that they are concerned with others learning chess as they are with winning.”

Andrew Kluttz, co-president of chess club, said, “We welcome all high schoolers regardless of playing level and are more than willing to teach. Chess club is a lot of fun and you can make strong, long lasting friendships there.”

Winans enjoys being a part of this club but expressed that this is a student-run organization that she simply oversees. The students fundraise, recruit, and run the Monday meetings. Sam Philleo said, “Next year we hope to recruit some new people. We had a lot of seniors so our numbers have decreased. It’s a nice, fun after school activity.”

Klutz recalls the history of the club and said, “It was very small and laid back until about 6 years ago. There were few members, and they were more hobbyists than anything else. Then, some more competitive players came and thought we had a good shot at competition. Sure enough, from that point forward the club grew and the team grew stronger.”

Why do these students put in so much handwork and dedication into growing their club? Sam Philleo said it best, “The reason I like chess club is because school tests the mind and chess club is a battle of the mind.” These students enjoy the challenge and are already setting goals for next year.

Manchanda has faith in next year’s team as well. He said, “I hope that next year’s chess club continues to have fun and learn more about the game.  If they’re enjoying the game, I am sure another championship is within their grasp.”