You are at:Home»Current in Fishers»Royal caps 4-H’ers career 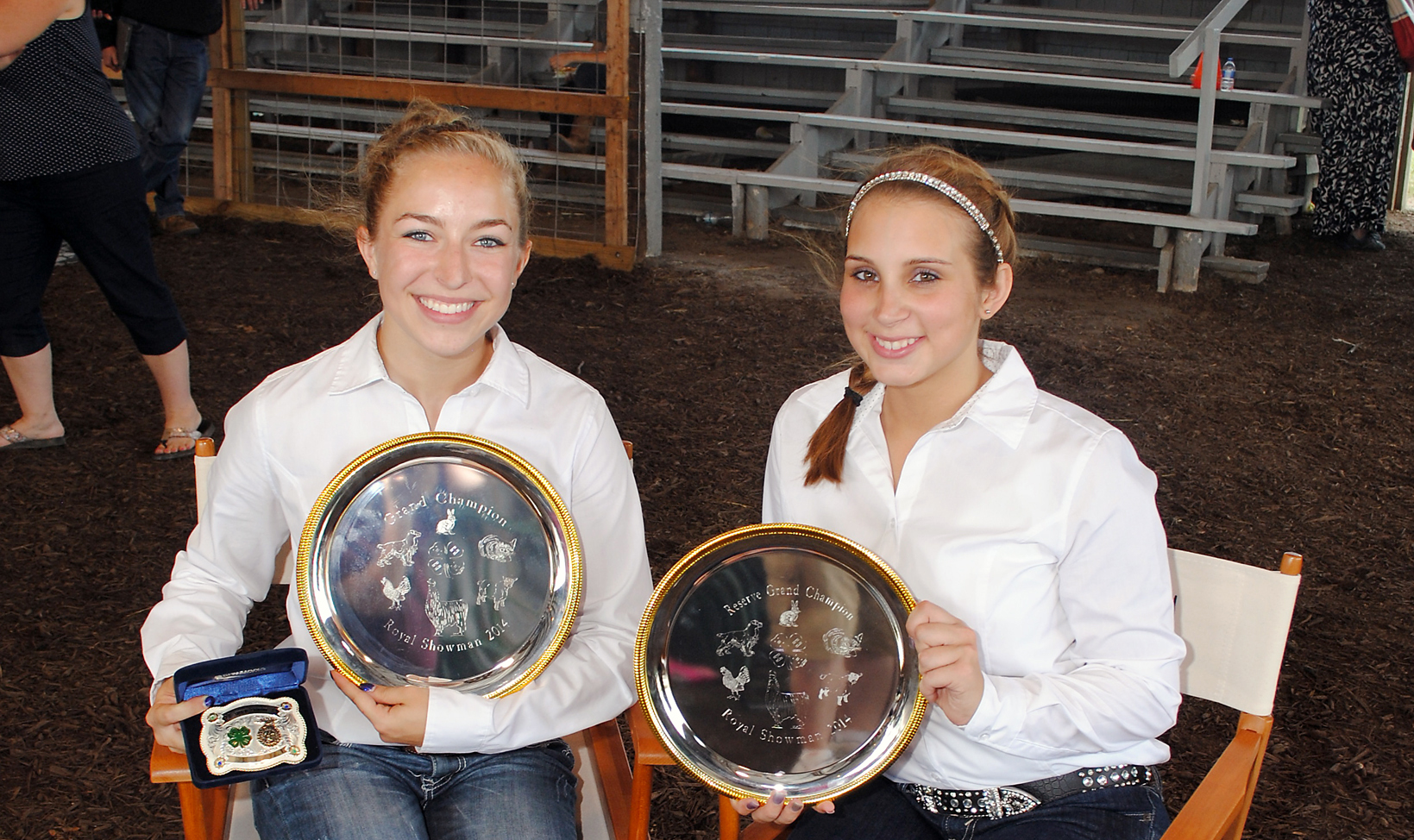 From left: Hannah Allaben of Fishers and Victoria Comin of Noblesville won champion and reserve champion respectively in the annual Royal Showmanship contest on July 21. (Photo by Robert Herrington)

The final year for any invested 4-H’er is bittersweet but for Hannah Allaben of Fishers and Victoria Comin of Noblesville the Royal Showmanship competition was the perfect ending of their final fair.

“It was a big surprise because everyone else was such a great showman. I thought it could go to anybody,” she said. “I’m so thankful to end my 4-H career with way. It’s something I never would have expected to happen my first time (in Royal).”

Comin said she was also surprised when her name was called for reserve champion.

“It’s a dream come true, especially for anyone that shows animals in Royal,” she said. “It’s a great feeling to have in our last year. It’s bittersweet. I couldn’t ask for anything better.”

The contest combines the senior showmen from cats, dogs, llamas, rabbit, poultry and Pygmy goats. The contestants are judged based off how well they show each animal. Allaben and Comin each show three of the animals.

Rabbits caused Allaben the most trouble during the contest.

“The procedure can be a little different to someone who doesn’t understand the breeds. If you do it incorrectly, the rabbit can get scared,” she said.

Comin said dogs was her hardest species to show.

“He wouldn’t stand still. I had to keep setting him up,” she said.

Allaben has been involved in 4-H for eight years. She recently graduated from Hamilton Southeastern High School and will study animal science at Oklahoma State University.

Comin, a 10-year 4-H’er and daughter of Julia and Gilberto Comin, plans to attend Ball State University in the fall. She will major in speech language pathology and minor in special education.

Other competitors in Royal Showmanship included Rachel Bledsoe and Sabine Urbanus of Westfield and Joel Flanders and Stephanie Foerder of Noblesville.