You are at:Home»Current in Westfield»Noblesville sisters give out 17th memorial award 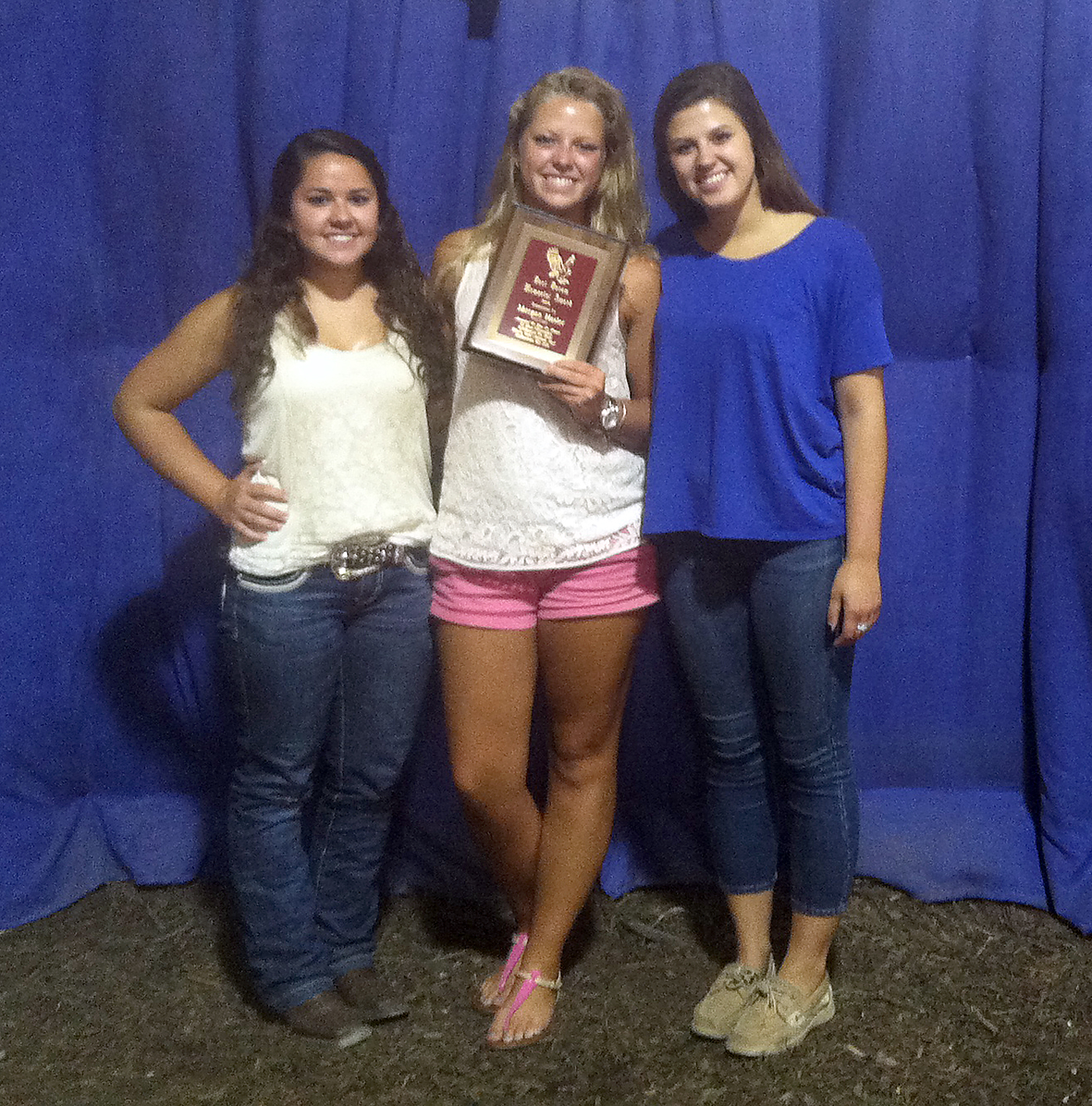 Every year at the Hamilton County 4-H Fair, Morgan Hasler of Atlanta and her mother got teary eyed when Noblesville sisters Nikki Boram and Dani Robinson name the Bret Boram Memorial Award winner to one hard-working 4-H’er, in memory of their late brother.

Hasler, however, never expected to find herself as the recipient.

“I was in shock,” the 18-year-old said after winning. “I just looked at my mom and started crying.”

The Bret Boram Memorial Award began in the summer of 1997 as a tribute to 10-year 4-H member Bret Boram, who died in a snowmobile accident that same year, his sister Nikki explained. He was almost 24. The award is based on nominations, which come from Ag teachers or 4-H leaders. The nominee must be a 10-year member and someone who’s completed a project in one of the same areas as Boram – woodworking, electric, swine or Junior Leaders.

Hasler has participated in Junior Leaders. Her aunt, 4-H leader Nicole Hendrickson, nominated her without anyone in the family knowing.

The award comes as a plaque with Hasler’s name on it. Atop the plaque is an eagle, which represents Bret’s spirit, according to Nikki Boram’s son, Brant. Boram is an artist, and whenever she creates a family portrait, she includes the eagle.

The award also includes $500, which Hasler plans to put toward school supplies. She plans to study Ag communications at Purdue University.

Hasler’s mother, Chelle, said it was a “huge honor” that others recognized her daughter’s humility and dedication.

“Morgan cares about what she does and what her projects entail, but she’s always thinking about the other person as well,” Chelle said. “4-H has given her that ability to see past herself.”

Nikki Boram, who continues to volunteer at 4-H with her sister, said she saw Hasler attend each day of the fair. Any time someone approached Hasler and mentioned the end of his or her tenure, Hasler would cry.

“She loves 4-H. [She] breathes it. That was the kind of person that Bret was,” Boram said. “There isn’t any doubt in my mind in the nomination.”

The sisters also look for a person who will come back and volunteer after their tenure, like Bret did. Boram said she knows Hasler will come back, due to her past volunteer efforts. She referenced a countywide workshop Hasler once created to help first-year members make a good poster. Hasler also created a mentor program, which paired Junior Leaders in her club to first-year members as a way of including them in the group. Hasler belongs to the Jackson HotShots 4-H club.

Hasler never thought she would receive the Bret Boram Award, thinking many others deserved it. Still, she considered winning the award one of the most honorable achievements at the fair.

“I am very pleased with how my tenure has been,” Hasler said, reflecting on it all. “I never, ever would have expected it to go this great. I cannot complain at all.”