You are at:Home»Current in Carmel»Tilted Kilt plans to open two Carmel-area restaurants 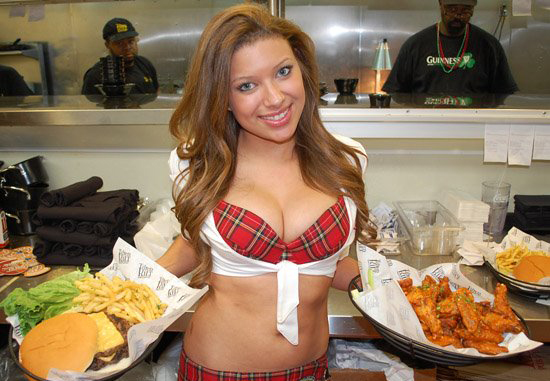 It’s no secret that the businesses across 116th Street from Merchant’s Square have been having a rough go of it lately. The vacant Borders, Macaroni Grill and Zhu Lan Sushi Prime Rib Seafood Buffet testify to that.

But another restaurant hopes to open in that void with a time-tested strategy – sex sells.

Gaelic-themed Tilted Kilt plans to open a new restaurant in the former Zhu Lan space next to Forum Bank.

The restaurant chain is famous for its young waitresses that flaunt plenty of cleavage, bare stomachs and short red kilts.

Tilted Kilt has operated a successful restaurant in downtown Indianapolis for years, but Carmel’s distance is perfect for the local franchise operator Paul DiBenedetto to open two new locations without threatening the downtown restaurant’s business. A second restaurant is planned by the intersection of Michigan Road and I-465.

“We thought Carmel had a great demographic,” DiBenedetto said.

Construction will begin this month at the 116th Street location and DiBenedetto said he expects the restaurant to be open sometime in October or November.

Tilted Kilt will begin casting waitresses on-site in September, and anyone interested is encouraged to look for details on its Facebook page.

“The food appeals to a lot of tastes,” DiBenedetto said. “Our quality is fantastic.”