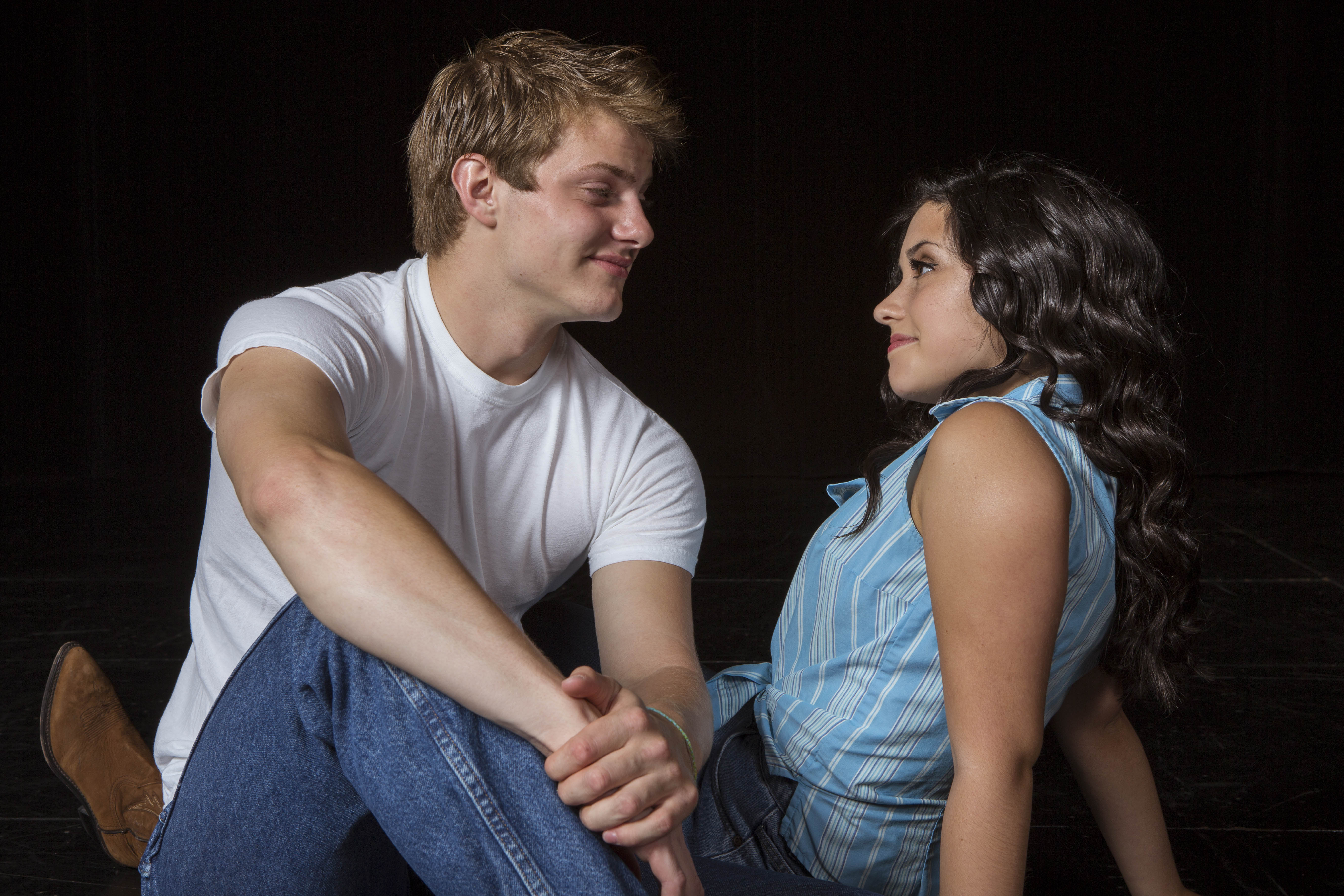 The Booth Tarkington Civic Theatre will stage performances of the classic musical “Footloose” July 24 through July 27, utilizing the wisdom and instruction of one of the original “Footloose” performers.
Catherine Cox, who performed as Ethel McCormack in the original 1998 “Footloose” stage production, traveled to Carmel to lead a workshop for the young actors in the musical.
“She’s very down-to-earth,” said Samantha Russell, who plays Rusty. “It was really cool getting to talk to someone who’s been through all the things that some of us can only dream of.”
The actors were also treated to an audition workshop with Cox, in which they received feedback after singing some of the songs Cox originally performed. Cox also critiqued interpretations of individual characters in the show.

“You could pick from being annoyed with a character or upset with a character,” Joshua Brunsting said. “It gives you a different way to interpret your character. It’s allowed us to really develop, which is huge to any show.”
The 48-member cast of Civic Theatre’s Young Adult Program is comprised of students from 17 different high schools from central Indiana, as far as Rossville and Mount Vernon. Students range in age from 14 to 18 years old.

“It’s kind of a comprehensive program in that it has workshop and dance,” said Ron Morgan, director and choreographer of the production. “What I think attracts them is this facility, and there’s really beautiful dance studios and an education department. We also give them the tools like the music workshops, the drama workshops, the dance workshops.”
Morgan has previously worked on Broadway, performing in the original cast of “Starlight Express” and “Meet Me in St. Louis.” He currently works as director and owner of the Performer’s Edge Dance Theatre in Carmel.
Some actors also involve themselves in community outreach programs, and eight of the “Footloose” actors recently traveled to the Stratford retirement community to sing Broadway songs for residents.
“Each year we try to do a community outreach program,” Morgan said. And a preview performance will also be conducted for certain community members who might have difficulty affording tickets.
Variety plays an important role in attracting young actors and theatre attendees, according to Morgan.

“Number one thing is the students, to attract them to the show,” Morgan said. “Another is whenever there’s a movie musical, that helps sell tickets.”
The young actors remain thankful for the opportunities presented to them through Civic Theatre.

“If my mom had never found this, I probably wouldn’t be where I am today,” Russell said. “At my school, we don’t have an orchestra or any of these other opportunities that I get, so by the time I go to college, I probably wouldn’t be ready or get in. This is definitely giving me a step up.”
“The resources that are available here and the knowledge of the staff has prepared us – not just for the show, but for future things,” Sommer O’Donnell said.

“Footloose” ● As performed by students in the Civic Theatre Young Adult Program ● 7 p.m. July 24, 25, and 26; and 2 p.m. July 27 ● At the Tarkington Theater in the Center for the Performing Arts in Carmel ● Tickets start at $20 ● For more information call 843-3800 or visit www.thecenterfortheperformingarts.org